Surgical strike overhyped, should have been done secretly: Ex-Army officer who oversaw operation 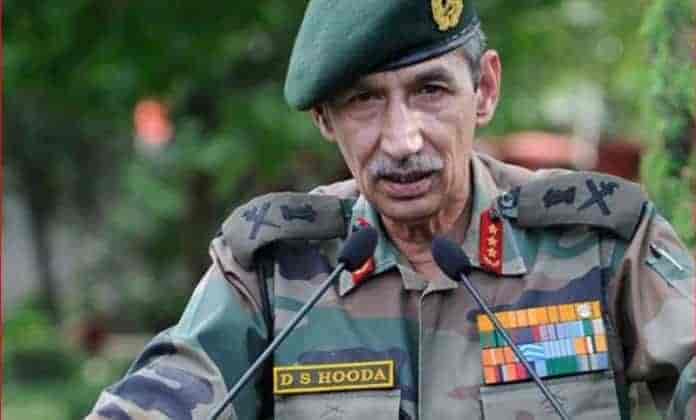 Former Lieutenant General DS Hooda who oversaw the “surgical strike”  carried out across the line of control LoC has said that there has been too much hype over it, and that  it should have been done secretly.

He said  the initial euphoria over the success of the surgical strike was natural but the constant hype around it is unwarranted.

“I do think there was too much hype over it. The military operation was important and we had to do it. Now how much should it have been politicised, whether it is right or wrong is something that should be asked to politicians,” Hooda was quoted as saying by NDTV.

Lt. General Hooda had approved the plans for special forces to retaliate less than two weeks after the Uri attack. The retired army officer made the comments in Chandigarh, where he attended the Military Literature Festival (MLF).

The retired Army officer participated in a panel discussion on the topic “Role of Cross-Border Operations and Surgical Strikes”, which was attended by Punjab Governor VP Singh Badnore and a number of former Generals and Army Commanders. Many war veterans cautioned against “politicisation” of military operations.

Responding to a question from the audience, Lt. General Hooda said that in hindsight, it would have been better had “we done it (surgical strike) secretly”. The aim of any such offensive had to be not only tactical but strategic too, which substantially hampers enemy morale, he said.

Citing the example of the 1981 Israeli air strikes on Iraqi nuclear sites, which had caused considerable damage, Lt. General NS Brar (retired) underscored the need to ensure long-term impact on the enemy before undertaking any such operation in the future.