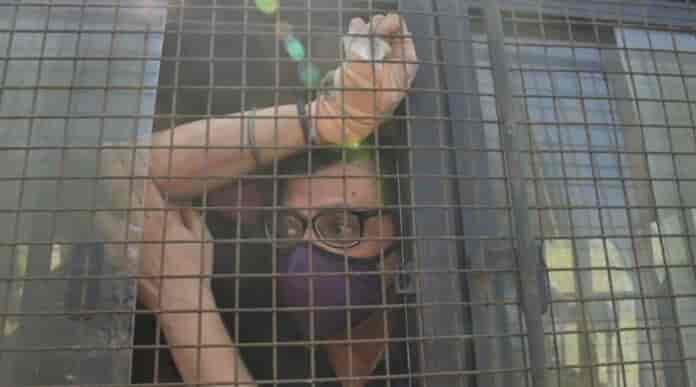 Republic Television editor-in-chief Arnab Goswami, who was arrested along with two others has accused the Mumbai Police of torture in his bail plea.

Mr. Goswami was arrested in a 2018 case of abetment of suicide.

The petition has been filed by Mr. Goswami’s lawyer Harish Salve after the former’s arrest on Wednesday. It is being heard by a bench of justices SS Shinde and MS Karnik at the Bombay High Court, Hindustan Times reported.

According to Bar and Bench, a website that covers legal news, Arnab Goswami claimed in his petition that during the course of arrest a senior police officer hit him with a heavy boot, he received a half a foot deep gash in his left hand and suffered serious injury to his spinal cord.

Mr. Goswami also alleged that he was “forced to drink a liquid” by police officers while they surrounded him. He also said that after drinking the liquid he “choked”.

The high court was on Saturday hearing the petition filed by Mr. Goswami seeking interim bail and challenging his arrest in the 2018 abetment of suicide case of interior designer Anvay Naik.

The police said that they found a suicide note where Naik said that Goswami had not cleared his dues. The Republic TV editor-in-chief was arrested by Alibaug police and was remanded to judicial custody till November 18 by a magistrate’s court.