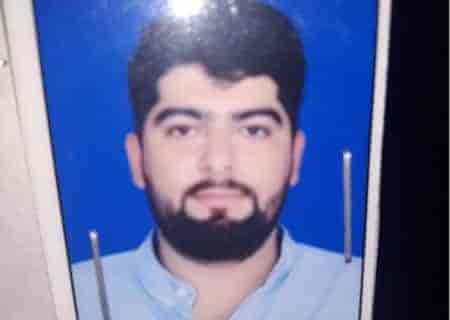 A student from Quil Muqam village of north Kashmir’s Bandipora district has gone missing from his college in Noida, his family said, Greater Kashmir reported.

According to the report Syed Basit Hassan (22) son of Syed Naseer ul Hassan a BBA student went missing on December 13 from Noida college where he was pursuin from past two and a half years.

Quoting his father GK reported that Hassan was was pursuing BBA in Asian School of Business in Noida from last two and a half years and that he  went missing on December 13 as he didn’t not attend college since then, “He was going through college exams and according to college authorities he had appeared in three papers continuously before December 13,” his father Naseer told GK.

Naseer said that on December 13 he was supposed to appear for fourth paper but he did not attend the college.

“We called him on December 15 but his phone was switched off. We thought he might call us back as he used to do but we didn’t get any response and on December 18 I went to his college where I learned that he has gone missing, ” he said.

Naseer said that they have lodged a missing report in concerned Noida police station and police post Aloosa in Bandipora.

He said they are going to meet DC and SP Bandipora to seek help to trace their missing son.