States should have a uniform policy on law and order: HM Amit Shah 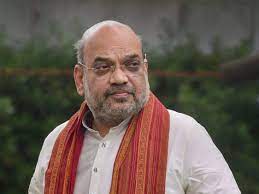 Union Home Minister Amit Shah said on Thursday that states should have a uniform law and order policy as certain crimes such as cross-border terrorism and cybercrimes transcend regional and international boundaries, The Hindu reported.

Shah said that by 2024, to counter terror activities, each state would have a National Investigation Agency (NIA) office as the agency had been given “extra territorial jurisdiction” and additional powers to confiscate property in “terror-related cases”.

He called for centralisation of data on “terror and other crimes” and said that following the principle of “one data, one entry,” the NIA had been entrusted to maintain a national terror database, the Enforcement Directorate a dataset on financial crimes and the Narcotics Control Bureau (NCB) on narco crimes.

The minister urged the States to utilise the National Intelligence Grid (NATGRID) that was operational now. The NATGRID brings datasets of 11 agencies on a common platform. He said he had received thousands of suggestions on revamping the Indian Penal Code (IPC) and Code of Criminal Procedure (CrPC) and soon the amendments would be presented in Parliament.

Shah said, “the nature of crimes is changing, and they are becoming borderless, that is why all states will have to battle these by having a common strategy. To formulate and implement this under the spirit of ‘Cooperative Federalism,’ Cooperation, Coordination and Collaboration between the centre and the states is required.”