“SSP Sandeep beat us up”: Journalists covering election in Anantnag thrashed by police 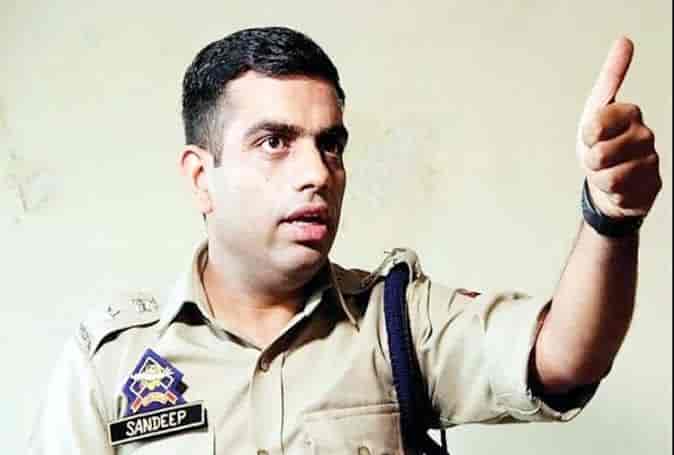 Srinagar: On Thursday, the government forces allegedly beat up three journalists, in Srigufwara village of Anantnag district while they were covering the fifth phase of the District Development Council (DDC) polling in the area.

Fayaz Ahmad, a stringer of ETV Bharat along with Mudasir Qadri of News 18 and Junaid Ahmad of TV-9 was beaten and detained by the police around 8:30 am while they were reporting the DDC elections in Srigufwara village.

Many Kashmiri journalists have, earlier as well, faced physical harassment while reporting at the hands of the government forces.

Polling is currently underway for the fifth phase of the District Development Council (DDC) elections in Jammu and Kashmir.

Talking about the incident, Fayaz told The Kashmir Walla: “We were approached by some people who told us that they along with their candidate, Nisar Ahmad Mir were being stopped by the J-K police to cast their vote.”

All three journalists accompanied the people to the village and after reaching the spot, as per Fayaz, the candidate and around twenty-five people were being stopped from approaching the polling station and were allegedly disallowed from casting their votes.

According to Fayaz, while recording the byte, the candidate had said, “If this is is what they wanted to do, if this was their policy – to stop these people from casting their votes then why did they let us contest the election?”

Earlier today, former Chief Minister of Jammu and Kashmir, Mehbooba Mufti alleged that “government forces are being used to rig elections and favor a particular party” in a village in south Kashmir’s Shopian district.

Peoples Democratic Party President tweeted, “Security forces have cordoned Matribugh in Shopian & are not allowing people to come out to vote under the pretext of inputs about the presence of militants. In a brazen display of power, armed forces are being used to rig this election & favor a particular party @ECISVEEP @adgpi.”

Fayaz said that their equipment was also seized. “He [SSP] told them [police] to book us under the charges of instigating people for stone-pelting.”

Fayaz added: “We couldn’t say anything. We were helpless.” The journalists were taken to the Srigufwara police station and were kept there for hours until Junaid Ahmad’s health deteriorated and they were taken to hospital, accompanied by around five policemen, said Fayaz.

Fayaz, who was in the hospital with Junaid Ahmad at 11:55 am said, “We are here for an hour and he is under treatment.”

Multiple attempts to reach SSP Sandeep could not be met. The Kashmir Walla called him around seven times on his number, but he did not answer the calls. However, Inspector-General of Police Vijay Kumar said that he would look into the matter.

This story will be updated if and when SSP answers the calls.

Meanwhile, The Kashmir Press Club (KPC) has strongly condemned the incident, “The Kashmir Press Club terms this incident unfortunate and calls for a thorough inquiry into the incident. We hope strict action is taken against those found guilty in this act perpetrated in utter disregard of the freedom of the press. The KPC further urges the Chief Electoral Officer to take note of such incidents and initiate action against the concerned police official.” KPC said in a statement.

They urged the authorities to ensure that an enabling atmosphere is created for the free and fair functioning of the media in Kashmir.