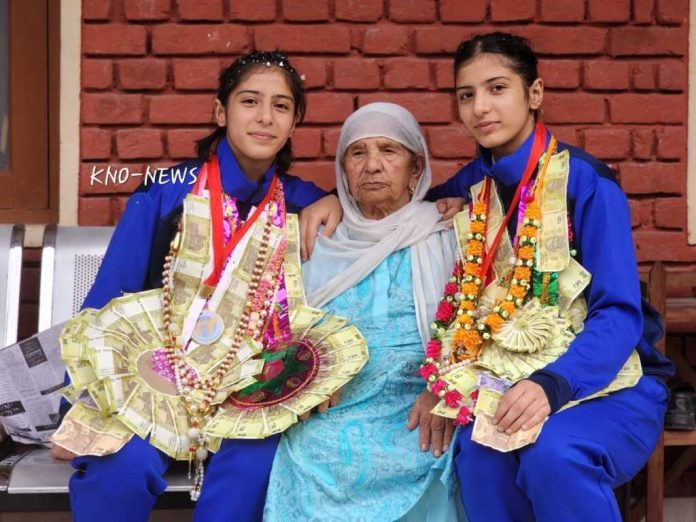 “We both were selected during trials at Bhopal and went to Georgia on 31 July. Our first two fights were with Georgia and Armenia and the last fight was with my sister and managed to win gold,” said Ayra Hassan, adding that she feels proud while representing India as she was representing the country for the first time. Earlier, she represented the state.

Ansa Hassan also echoed the same words and said it was a proud moment to represent the country, describing it as a good experience.

“I want to thank our coach Asif Hussain, parents and Nuzhat Gul secretary sports and others for their support,” she said, adding that by force nothing can be achieved and parents must allow their children to choose their interested field.

Their parents told KNO that “they are very happy as their daughters have made them proud” by winning medals at international level.

Coach Asif Hussain, Coach National Institute of Sports while talking to KNO said that while giving training to them they faced a lot of challenges as their training would start at around 4:30 am and another session in the evening.

He said that it wasn’t easy for girls to come for training too early but their parents supported them very well which made it possible for both of them to excel their talent.

He said that some parents are sending their children to sports so that it can help them in getting a job in the sports category but it is not a good practice. “We must support our children to become good athletes and the rest of things will come by themselves,” he added. (KNO)