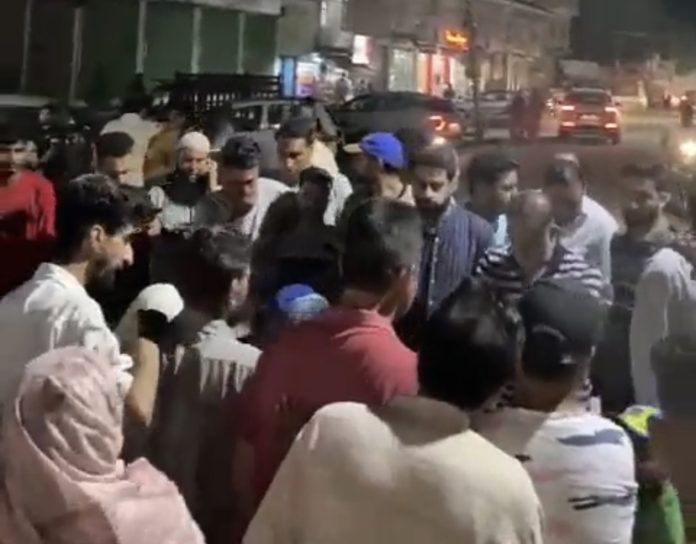 Srinagar: In Srinagar, family members and locals on Saturday staged a protest demonstration after a youth who was called for questioning in a case died.

According to the mother of Muslim Muneer Lone, a resident of Budshah Colony Natipora, was called by police to Nowgam police station Saturday morning.

“At 3 p.m. a policeman by name Abdul Rashid who had come in the morning to summon my son called me and asked me where I was. He then came in his vehicle and took me along,” she told reporters during the protest. “I told was he has fainted.”

The police officials, however, have highlighted the deceased’s history of drug abuse.

Lone’s mother further added that the policemen said that he was given food and he fainted because he was on table. In between, she said, “I was told sign a paper.”

“I don’t know what was written and I signed it. Then he (Abdul Rashid) gave me Rs 400. Then a sumo vehicle was brought and some five to six policemen boarding it and asked me to open gate and dropped him at home and laid him there.”

When this report was filed, the protesters have kept the body at the roadside and were demanding justice.

SSP Srinagar Rakesh Balwal told GNS proceedings under 174 CrPC have started. He said legal and departmental action would be taken if any foul play comes to fore.

He said that family was not cooperating for postmortem examination.

The top officer said that he was called for examination at 10 am and was let off after being properly handing over to family in about 2-3 hours after being questioned in connection with a theft case (FIR No. 95/22 u/s 397 IPC). (GNS)