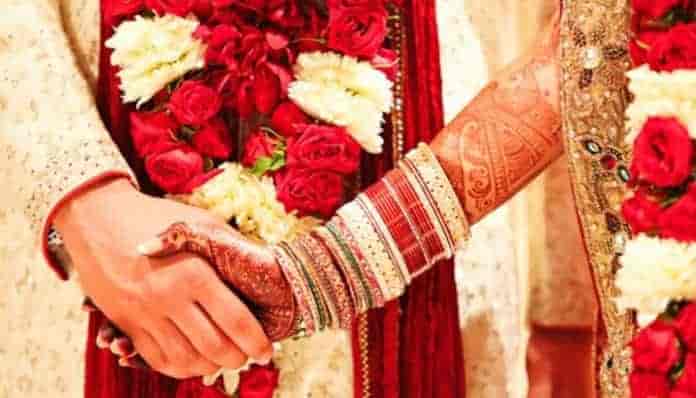 Srinagar: The Jammu and Kashmir police have claimed to have solved a “blind murder case” in record time and have arrested the accused involved in the commission of crime.

In a statement issued here a police spokesperson said, “On 13 November, police station Nigeen received directions from Honb’le Court of Chief Judicial Magistrate (CJM) Srinagar for filing the report in the light of petition filed by complainant namely Nasir Hussain Kawa son of Gh Hassan Kawa resident of Kawpora Shadipora alleging that he was engaged to one lady namely Shahnaza daughter of Late Mohd Qasim Sultan resident of Sultan Mohalla, Saida Kadal Srinagar, and his marriage was fixed on 4/5 November 2020,”

On the morning of 4 November, he was informed that the woman died due to a heart attack. Finally, the complainant stated that he had apprehensions about the lady being murdered. Accordingly, proceedings under section 174 CRPC was initiated, police said.

“Investigating officers learnt from the medical reports that the lady was actually murdered. The proceedings u/s 174 CrPC were converted into a formal criminal Case FIR No. 182/20 U/S 302 IPC was registered in PS Nigeen.” the statement said.

Adding that a special investigating team led by Station House Officer Nigeen, Gowhar Hussain, under the supervision of SDPO Zakoora immediately swung into action and started rounding up suspects in the instant case.

The statement further said, after hectic efforts and on human intelligence, the Special Team got the clues that were indicating the involvement of the family of the deceased.

“Among the suspects, Wajid Gulzar Sultan (nephew of the Victim) was put to sustained questioning. He confessed to the crime and divulged the details and the sequence of events. He revealed that he along with his uncle namely Mohammad Shafi Sultan and sister namely Nighat Gulzar hatched a conspiracy to eliminate the lady namely Shahnaza as she had been their eyesore. Wajid and Nighat were related as nephew/niece to the deceased while Shafi was the step-brother of the deceased. The main conspirator is Shafi, who motivated Wajid and Nighat to take part in the killing of the victim,” the statement pointed out.

The police further said, “Accordingly, on 3 November, they all hatched a conspiracy to eliminate her. As the victim used to wake up for prayers very early in the morning, in the wee hours of 4 November she as always was busy in prayers, Shafi along with Nighat and Wajid entered the room and attacked the victim from behind and smothered her till death. Then they flattened and strangulated her with a golden coloured piece of cloth in order to ensure her death. Later on, they tied the cloth with a fan and tied the dead body with it for deriving an assumption that she has hanged herself to death.”

Police said that the motive of the murder was that Shafi being the stepbrother of the victim was not in a good relationship with the victim and used to harass her on one pretext or other. “On various instances, he used to torture her. Since their expired father had kept a piece of land for the victim, Shafi’s eye was on that piece of land. The jewelry which was brought by the family for the victim was also in Shafi’s mind. Since the victim was not happy with the articles especially jewelry brought by her family, as she had engaged in a verbal dual with the family especially with Shafi a day before the fateful day. Shafi was fed up with the behaviour of the victim. He also wanted to grab the piece of land and jewellery. For that purpose, he persuaded Wajid and Nighat to help him in killing her. For that purpose, he promised both of them of equal share out of it,”

“Moreover, Shafi’s conduct was always questionable as he used to return home drunk which was always objected by the victim. After the disclosure of the accused and the linkage of other evidence, all of them were arrested. The article of offense was identified by the accused and recovered from their house. Further investigation into the case is in progress,” the statement concluded.

Earlier in November, The Kashmir Walla had reported about the demise of the victim who had passed away just a day before her wedding. “She did not even show any pain, it was all of a sudden, we could not even take her to the hospital,” a relative of the woman without identifying himself had told The Kashmir Walla over the phone.

Later on 17 November, the Srinagar administration had ordered the exhumation and conduct of post mortem of the woman.