The Kashmir Walla
Support Us
MagazineComment

Our souls are dead 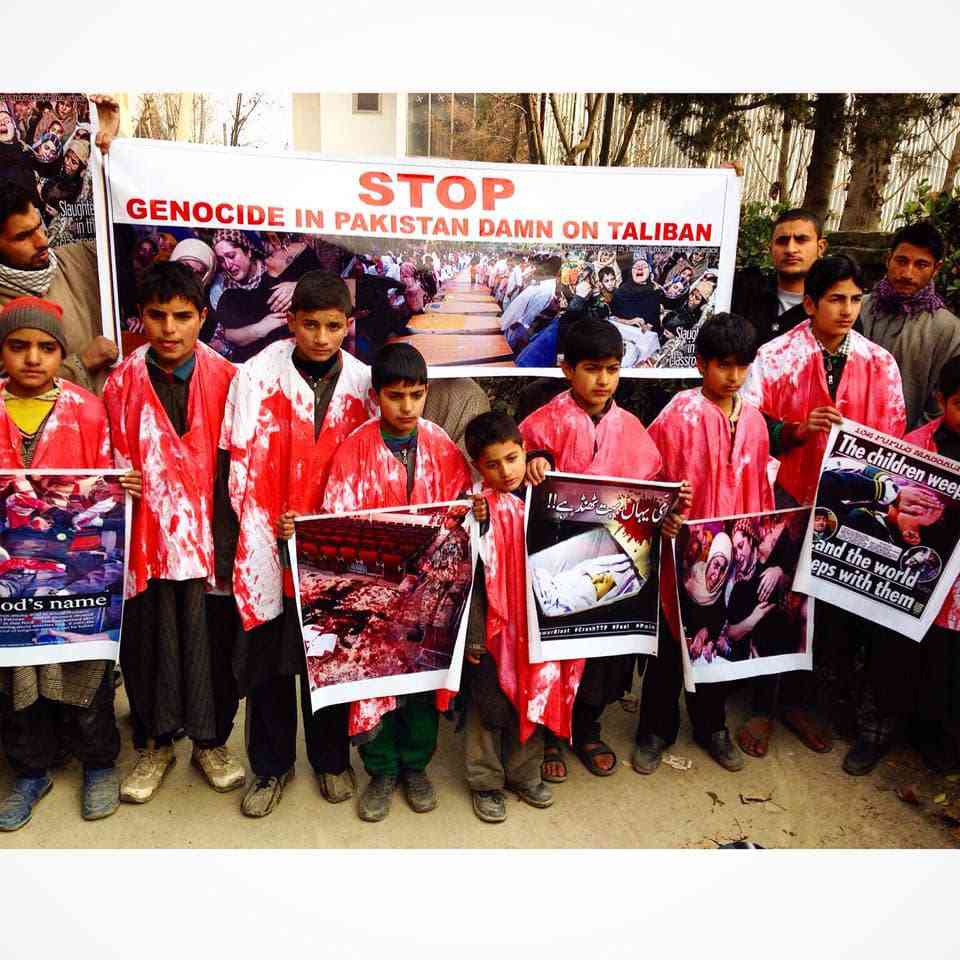 Nothing that any one writes will suffice. Our words are dead today. They ring hollow. Our souls are dead today. As the funerals take place across the city, as the walls of homes shake and wail and absorb the pain of mothers, fathers, daughters, brothers, sisters, and friends, as the earth cries at what is being put in to it, as each step of family members without their children or with injured children, is filled with heaviness, as Lady Reading Hospital, that ever busy, efficient institution, so accustomed to patients of brutal violence continues to function — patients in, patients out, as each heart shatters a million times, as Peshawar, the city of flowers screams back at the world, nothing, no words, will ever suffice.

The violence of yesterday is so dark and so harrowing. So sickening. It makes you think how bloody and awful the military operations of Zarb-e-Azb must be. How sickening that too must be. How sickening the past six months, the past years must be. How violent and psychologically scarring the continued colonial laws of the FCR must be. That won’t get reported on, of course, only the ‘uniqueness’ of the loss of such beautiful young lives yesterday will be. But the sickness of yesterday, the gruesomeness of yesterday, it’s a part of the same deal. Tehreek e Taliban. The Military State in a (junior) alliance with imperial powers and a neoliberal security complex. It’s part of the same deal.  I write this not to justify, theorise, ignore, or sanitise what happened. What happened yesterday is not how you conduct political acts. It is horrific. It is sick. It makes you want to scream to escape your own self. But unless the wider picture is understood, nothing will ever change. Peshawar will continue to scream and will be called to scream again and again as she buries her dead.

Each time in Pakistan we joke that things cannot get any lower. I mean any worse is hell, right? Or has a new level beneath hell been constructed?

Sitting from afar, safe, I know many of us are in a trance. A helpless trance of the privileged who have the ‘right’ passport and/or the right forms of capital to be able to avoid the same reality of our own families, friends, neighbours, or just people who look like us. A trance of the people who are still, however, aware, of the racilalised bullshit world system in which we exist.

I heard, however, that today is a sombre day.

I’m thinking of the cars moving down and around Warsak Road today. Of people walking slowly with sadness in each step. Of families gathered around the television watching the news. Of the heaviness and silence of the city today. Of the sighs in between conversations at home. Of the family, friends, and strangers who we are far away from. Of the funerals taking place. Shalwar kameez’s blowing sliently in prayer. Bodies being washed. The fatihas being recited. Of the families still displaced and in mourning from Zarb-e-Azb. Of the families and individuals making their way in to Peshawar from FATA from airstrikes last night. I keep hearing the voices crying out “Ya mere maula. Ya mere maula” to give themselves strength, because no matter who tries to claim ownership over khuda he cannot be monopolised.

Peshawar is a resilient city. Peshawarites a resilient people. The region is the definition of heart. After years of colonial exploitation and years of discrimination by the Pakistani state and elites, and after years of being constructed as the “frontline” city, whether against the Soviet threat or in the so-called GWOT, and to still remain standing, how could you be defined otherwise? But punch after punch, blow after blow, hearts being ripped out one after the other, how much more can anyone take? How could the city not sway? Peshawar is a city and people of love. Love is defined here. But it is being crushed. Slowly forced out of people’s souls to produce contorted faces with silent screams, silent sobs, and broken souls. This will never fully happen. The love that resides here it too strong for that… but boy are they trying hard.

Ya mere maula. Ya mera maula.

Previous articleIs vote in Kashmir for India?
Next articleKashmir youth and the conflict