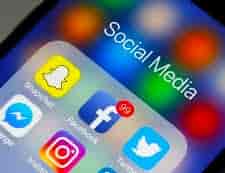 In an attempt to regulate social media giants and OTT providers in India, Centre insists that desi users would be empowered and better protected. The new social media regulation raises concerns that authorities might create vast powers for themselves, bordering on censorship on free speech and most creative online genres.

Desi social media users are counted in tens of crores – as of January 2021, India is the largest global Facebook and WhatsApp market, as well as the third largest Twitter market. Moreover, Bharat OTT users rose by 30% merely in Q2 of 2020, when the first Covid lockdown was imposed on the nation. Regulating Big Tech and their impact on society became practically inevitable and more imminent than ever before.

After four years in the making, the Personal Data Protection Bill (“PDP Bill”) is still under consideration by the Joint Parliamentary Committee (“JPC”). In the meantime, Centre went ahead with the notification of new rules for social media platforms, OTT providers and digital media, aiming to hold them accountable for third-party and user content. According to IT minister Ravi Shankar Prasad, it is crucial that social media users be given a formal channel to raise grievances against “the misuse and abuse” of such platforms.

Covid forced people to stay home as much as possible. Some watch OTT content, others catch up with friends over social media or play real money teen patti with relatives on websites like PureWin.com. All of us use online services and entertainment increasingly, and regulatory measures must be well thought and balanced.

Social casino platforms offer casual and instant games and are frequently housed on larger digital platforms, including Facebook or broad-scope gaming portals. The new rules make a distinction between significant and regular social media intermediaries and entertainment platforms. Yet, the government has not defined the online market size which may help determine what constitutes a significant social media intermediary. Thus, it is too early to assess the impact on social casino platforms and other casual entertainment operators but they will be affected one way or another.

At a recent AICC press conference, Congress spokesperson Abhishek Singhvi warned that the Centre is arming itself with “humongous, vast powers”. The use of “non-statutory, delegated legislation” in the online media sector, without any parliamentary assent and scrutiny, might end up being “extremely dangerous for free speech and for creativity”. Singhvi said that the operation of these powers depends only on the exercising of “extreme restraint” by bureaucrats. According to Congress, the Government has shown a lack of similar restraint in other social and economic sectors.

Centre says new guidelines empower users as they require platforms to set up stronger grievance redressal mechanisms and appoint Compliance and Grievance officers who have to be residents of India. The rules essentially remove the “safe harbour” that limited liability of social media giants like Twitter and Facebook over content posted on their platforms and call for tracking of the “first originator” of a message or a tweet in certain cases. The guidelines also set a three-tier regulation mechanism for over-the-top providers like Netflix and YouTube, and require them to self-classify their content into five categories based on age suitability.

The new rules require significant social media intermediaries to have a physical contact address in India published on its website or mobile app or both. For some platforms such as WhatsApp, which are end-to-end encrypted, this would mean they have to break encryption in India in order to comply.