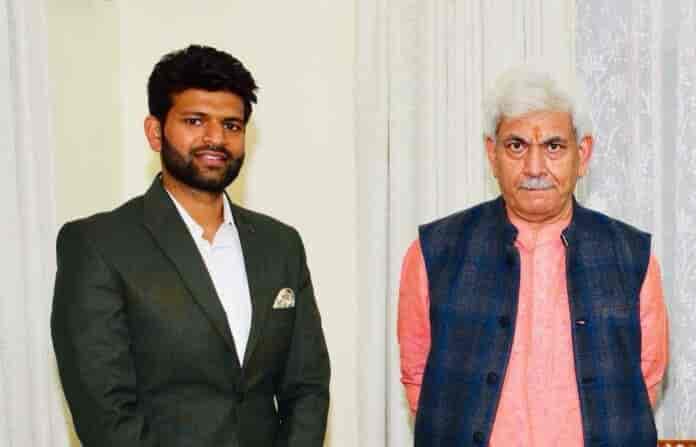 Chowdhary also urged LG to sanction the new Dispensaries and Anganwadi center in Darhal Budhal Constituency, read the statement. “He also requested his excellency to sanction SBI bank at Kotranka and J-K bank branches at Jamola, Samote and Mandar Gala.”

As per the statement, Chowdhary also requested LG to give a full-fledged status of Tehsil to Budhal and Peeri, Naibyat to Prori. “He also thanked LG for his role in delivering justice to the victims of the Shopian fake encounter and also extended gratitude for starting the process of implementation of Forest Rights Act in J-K.”

“Chowdhary requested LG to increase the salary of SPO’s and daily wager employees and requested to regularise them. He also requested LG to start small-scale industry units in rural areas. Apart from this, he requested him to sanction the outdoor stadium at Kotranka,” reads the statement.

He requested LG, according to the statement, to start the recruitment process in various fields like engineering, medical, education departments to engage unemployed youth.

In a long lasted meeting, LG assured Chowdhary that all possible steps will be taken to develop far-flung areas of Darhal Budhal in particular and Peer Panjal in general.

Previous articleNo one can be booked under PSA on old grounds: High Court
Next articleMeT forecasts wet weather from Sunday in Kashmir