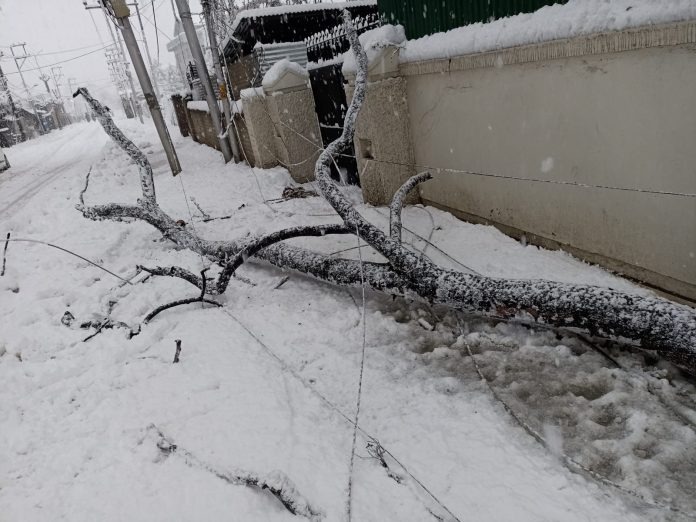 Srinagar: The overnight heavy snowfall across Kashmir has cut the power supply to majority of areas in the Valley including Srinagar as transmission lines and poles have got damaged extensively.

He said that the men and machinery has been pressed to restore the electricity. However, he said that the restoration process is likely to be completed till 02:00 PM.

Dar further said that the restoration would take a bit longer in southern areas due to the huge damage by snowfall.

“We have started the restoration process and have set target to restore the electricity by 02:00 PM,” he said.

Pertinently, Kashmir areas including Srinagar, the summer capital of Jammu and Kashmir is reeling under darkness since this morning.

Kashmir parts received fresh snowfall since late Tuesday evening, bringing down the mercury across the Valley.