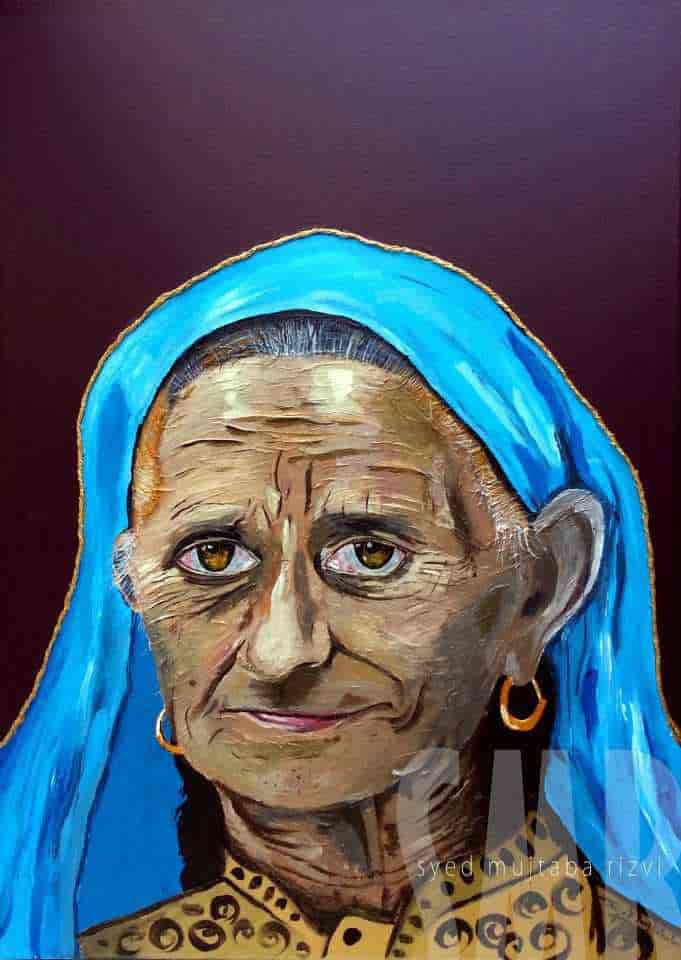 Using portrait as a medium I am trying to re-discover mothers who gave birth to revolutionaries. Women – less celebrated, less remembered – who have been the backbone of movements that uphold human values and reject unjust occupations. We celebrate the heroes and celebrate their death as a symbol of our victory and continuation of a fight for truth, but we fail to celebrate the decay of these Mothers.

What better place to start other than home – Kashmir. The first in series is the portrait of Shahmali Begum, Mother of Shaheed Maqbool Bhat (who was executed in Tihar Jail, New Delhi on February 11, 1984). Two of her other sons were killed by Indian forces, another ‘disappeared’ and a fourth remains in an Indian prison.

I wanted to achieve an expression of ‘decay.’ An emotion between a smile and on the verge of wailing. A stare that we do not want to stare back at, somewhat horrifying – probably because it invokes guilt. A portrait of someone familiar, someone forgotten – Pity? or Glorified with the golden lining and dress? Something that feels complete, yet incomplete.

(Inspired by the works of Gary Hume, Lucian Freud, and Gustav Klimt. Based on a Photograph by Showkat Shafi – Al Jazeera)

*
Also by the author: Growing through self-censorship