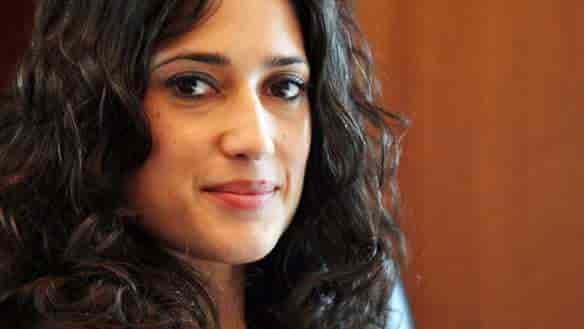 Fatima Bhutto is a conscience keeper of her sensibility. She has proved it on time and again. Her detailed memoir, Songs of Blood and Sword, had made the world knowing about the very famous Bhutto’s overtures with the real politicking of Pakistan’s tragic democracy, like never before.

Then, she championed in writing uncomfortable truths of her family and politics, dutifully, and broke a firm impression that the load of powerful past can keep the flame of personal intention and integrity on toe. Remarkably, she did it when she was quite young—and now she is back, with her debut novel The Shadow of the Crescent Moon after a short interlude.

Meanwhile, Fatima has risen to be a prolific Columnist of eminent publications in Pakistan and Western media. The vital commonness of these books is in their anecdotal accounts, which grips unwaveringly. That makes the purpose of writing well served, as Fatima is an individual who has lot of bearing with the collective outer space—both as a creative soul and importantly hailing from Pakistan’s most influential political family.

She had opportunities growing up, and in recent years as a journalist/writer to visit the ‘troubled tribal region of Wajiristan’, to other terrains of north-west frontier and Afghanistan. Thus the town of Mir Ali, remains more than a passive protagonist in The Shadow of the Crescent Moon. Without relying too much on ‘twists in narrative’ (for better sake), Fatima has become able to give this sleepy semi-urban locale, a lively humane touch.

She makes a memorable fiction entry, by chronicalising a small town in infamous tribal region of Waziristan, Mir Ali—the book begins and ends on a rainy Friday morning. The metaphors have used resolutely, and story follows an intelligent path, not anything shaped in the guise of personal wishes or nay to the turn of any situation.

Three brothers meet for breakfast. Next, the eldest, recently returned from the US, boards a taxi to the local mosque. The second brother, a doctor, goes to work in his hospital. His upset wife does not join the family that morning, even few know what she does these days. And the youngest, the idealist, leaves for town on a motorbike. He is accompanied by a beautiful, fragile girl whose world has been overwhelmed by war (like many others). Only few hours later their day ends in devastating circumstances.

She has drawn the details of troublesome human misfortune, in terms of terrorism and its fallouts. Also not less, the inner contradiction of Pakistan’s less understood political regime, which juggles aimlessly between limited democracy and overgrown military establishment.

Little more wide, this book covers the shadow of South Asia’s general psyche, which mostly outgrows the conformity of national boundaries created in twentieth century, as legacy of British Empire in tune with the ‘hungry tide’ of confused nationalists. The Empire ruined long back too, and now it has own mimicking shadow to confront with—herewith, the east and west is meeting proportionally and without any advantage.

Seeing the state of nation and people—normally, the magnanimity of success or failure is known for a ruling set of systems. If not looking through a much distorted value proposition of comparison, the pathetic state of Pakistan becomes more clearly visible. This is something undeniable for healthy thinkers, though they are rare species.

On the positive side, Pakistan has today a long list of good writers—surprisingly, some of them born elite but sensed the grave issues of land, as carefully as their rest fellow countrymen. This marks toward the changing expectation at mass level, which must not go waste alone in the inner circle of ideas—therefore, the required action must knock at fore.

The Shadow of the Crescent Moon makes the ground for those, who have not left the quest for life and love, even in the toughest human situation—a thoroughly sensual novel, naturally fits to be noted extraordinary and recalled as a great read, by the generations of readers.