The Kashmir Walla
Support Us
MultimediaPhotobox 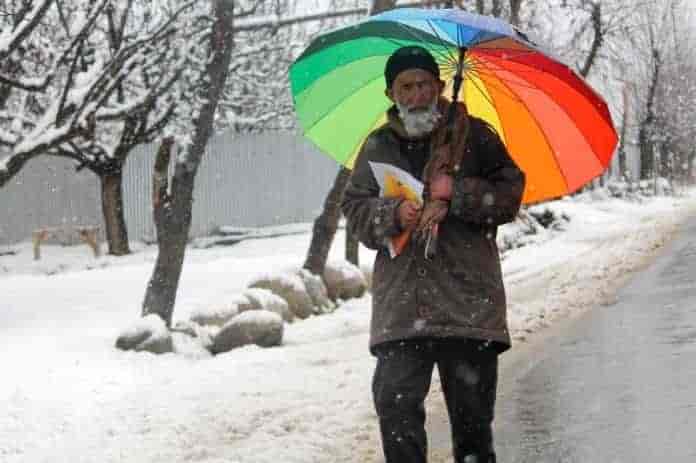 On Saturday, most of the areas in Kashmir Valley, including the summer capital Srinagar received the season’s first snowfall after continuous downpour since Thursday evening.

Snowfall, which began in the higher reaches of the Valley on Thursday, has considerably brought down the temperature in Kashmir.

The fresh snowfall has gripped the valley in cold wave. The traffic on the roads got affected due to the blockade of drains, increased troubles for the public.

Snowfall has gripped the valley in cold wave. The abrupt change of weather affected the normal life across the Valley. The traffic movement was hurdled due to the blockade of drains.

“It was very difficult for me to step outside as there is water all over in streets,” said Rouf Ahmad, a local.

All weather stations across the Valley Friday witnessed a drop of around 10 degrees Celsius from the normal day temperatures for this time of the year.

Season's first snowfall in Kashmir
1 of 6