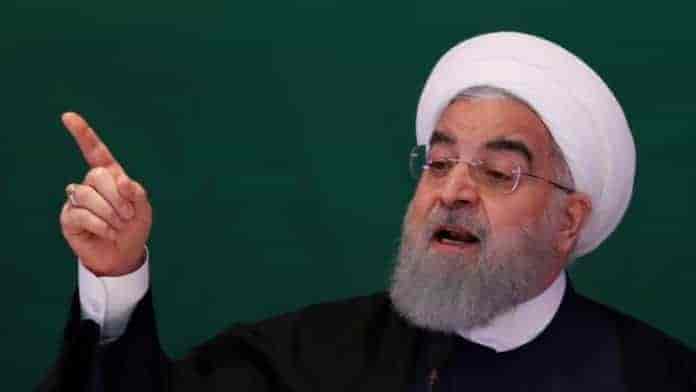 Iranian President Hassan Rouhani has said that Iranian people consider Saudis as their “brothers” and  that the Islamic Republic was ready to defend the Saudi nation’s interests against terrorism without expecting anything in return.

“We are ready to do our best to defend the interests of the Saudi people against terrorism, aggressors and superpowers like how we went to the help of the people of Iraq, Syria, Afghanistan and Yemen without expecting any benefits,” Rouhani noted.

Addressing an annual international conference on Islamic unity in Tehran, Rouhani said Saturday Muslims have no way but to remain united in order to achieve victory over the US and fight its blatant oppression.

He noted that unity and brotherhood among Islamic countries must be assumed as a duty. The Iranian president, however, pointed out that unity could not be achieved through words, stressing that it rather required collective action.

The 32nd International Islamic Unity Conference began in the Iranian capital under the motto “Quds, axis of unity among Ummah,” with over 350 foreign guests from 100 countries in attendance.

The event is held annually on the occasion of the birth anniversary of Prophet Muhammad (Peace be upon Him) in a bid to lay the ground for stronger solidarity among Muslims and provide appropriate solutions for their problems.

Rouhani also termed Israel as a cancerous tumour established by Western countries to advance their interests in the Middle East. (with inputs from Press Tv)

Previous article400 people killed in Kashmir so far in 2018, highest in a decade
Next articleRoll back decision to treat JK bank as PSU: Mehbooba to governor