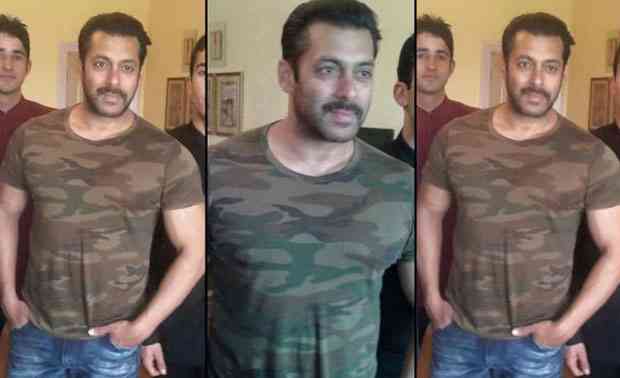 After the Bombay High court suspended his 5 year imprisonment in 2002 hit-and-run case, Salman Khan is back in Kashmir to shoot ‘selfie’ song for his upcoming film ‘Bajrangi Bhaijan’.

Talking about the song, choreographer Remo D’Souza told DNA, “It’s a big number. We shot at a special set erected for five days. Salman plays the character of Bajrangi, a desi aadmi, but the song has the word selfie in it because it is very popular today. Pritam has composed it differently, it’s not a typical Indian song.”

The actor arrived at Srinagar airport earlier this morning with his security team. He drove straight to Sonamarg, where the shooting is reportedly underway.

Soon after his arrival pictures of the Khan in a new look started doing the rounds on social media.

The film is directed by Kabir Khan and stars Kareena Kapoor and Nawazuddin Siddique besides Salman Khan.