Sajad is like a son, and People’s conference home: Muzaffar Baig 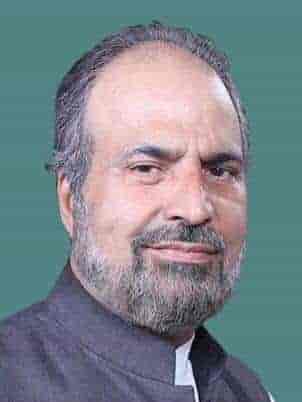 Senior Peoples Democratic Party leader  Muzaffar Hussain Baig has made it clear that he will leave the party in case the third front emerges in Jammu and Kashmir and that Sajad Lone was like his son and People’s conference a home.

Baig who is also the co-founder of PDP said if the third front emerges which is also what the Peoples Conference-led by Sajad Lone is aiming at, he will join it.

Addressing a press conference today, Baig while speaking said that although he had not decided to resign from PDP,  until he gets an answer from the party to his queries but said there is a possibility of forming a grand alliance. “I will seriously consider of joining the third front and joining People’s Conference will be my homecoming,” Beigh said.

“Peoples Conference is like home to me and Sajad Lone is like a son. If Sajad is interested in the third front, he should be encouraged.”

Previous articleCop who shot himself at DGP’s residence in Jammu succumbs
Next articleHurriyat leader killing: JRL calls for shutdown on Thursday