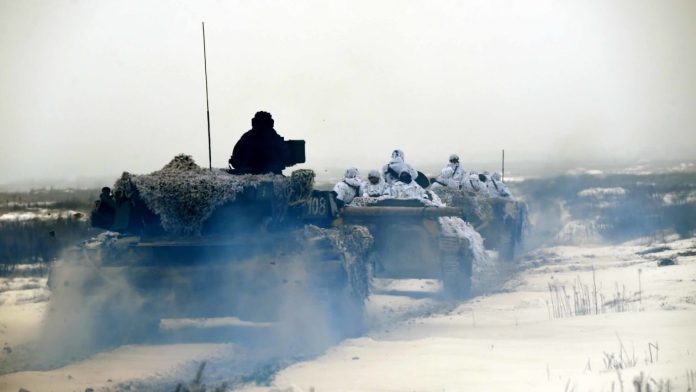 In a televised address, Putin said the action comes in response to threats coming from Ukraine. He added that Russia doesn’t have a goal to occupy Ukraine. Putin said the responsibility for bloodshed lies with the Ukrainian “regime.”

Putin warned other countries that any attempt to interfere with the Russian action would lead to “consequences they have never seen.”

He accused the U.S. and its allies of ignoring Russia’s demand to prevent Ukraine from joining NATO and offer Moscow security guarantees.

He said the Russian military operation aims to ensure a “demilitarization” of Ukraine. Putin said that all Ukrainian servicemen who lay down arms will be able to safely leave the zone of combat.

There was no immediate reaction from the White House to Putin’s remarks, but U.S. officials have repeatedly pledged to place overwhelming sanctions on the Russian economy and Putin allies in retaliation for a further invasion of Ukraine.