Roll back decision to treat JK bank as PSU: Mehbooba to governor 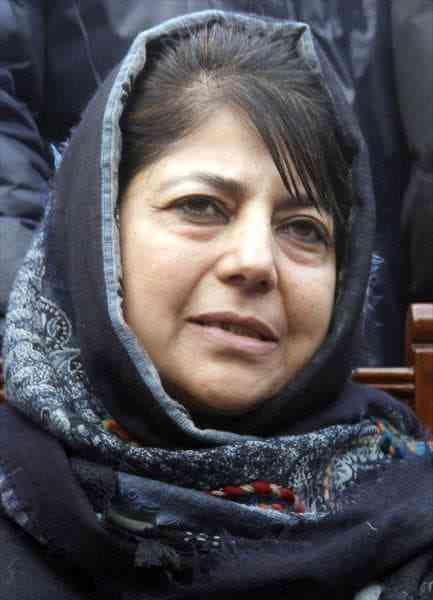 In a statement issued to the press Mufti asked  Governor Satya Pal Malik to take his decision back for changing J&K Bank into PSU while adding that such decisions can trigger negative reactions in the society.

She lashed out at the administration’s decision and said “smack of attempts to fiddle with the basic characters of the state’s special status.”

The State Administrative Council chaired by Governor Satya Pal Malik on Friday decided to treat the J&K Bank Ltd as a public-sector bank, “taking its autonomy away.”

She further added that on multiple levels many programs are being run against Jammu and Kashmir’s special status. The Governor administration is taking away autonomy of institutions that J&K enjoyed.

“J&K Bank is part of this game plan and this was the reason PDP came together with NC and Congress to form a government and prevent such interventions,” Mehbooba said in the statement.

She added that the Governor Rule in the state is not a permanent solution and the state administration must focus on day to day functioning of the state and should avoid such decisions which can trigger negative consequences in the state.

“Such actions raise apprehensions among the people of the state who already feel alienated and angry and to thwart such attempts, PDP decided to stake claim for the government formation but that too was undemocratically foiled by the Governor,” Mehbooba said while asking Governor Satya Pal Malik to change is his decision and roll them back soon.

Mehbooba said that it is not for a set of bureaucrats and civil servants, decision can result in negative reactions.

“These things have to be left to democratically elected government in Jammu and Kashmir. The Governor is not mandated by the people of the state to take such decisions,” she said, in the statement.

Previous articleSaudi’s our brothers, Israel a “cancerous tumour”, says Rouhani
Next article25 killed after bus plunges into canal in Karnataka