Revoking of special status will lead to independence in Kashmir: Khan 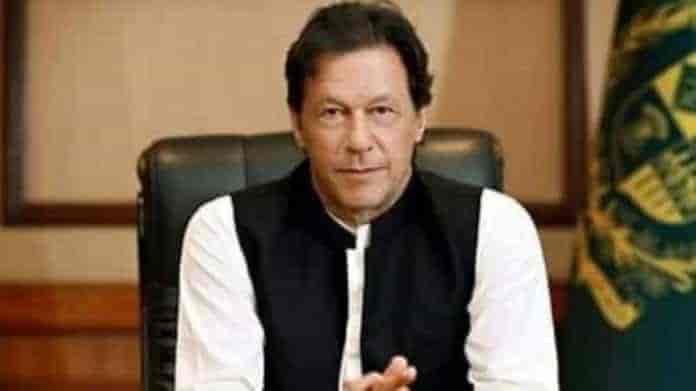 Prime Minister of Pakistan Imran Khan on Wednesday said India’s move to revoke the special status of Kashmir was a ‘fatal’ move by Narendra Modi government which will lead to its independence, GeoTv reported.

“I believe due to this action by Modi in August, Kashmir would be made independent,” Khan said while addressing a special session of the Azad Jammu and Kashmir (AJK) Legislative Assembly. “Before August 5 the world did not care or listen about the injustice in Kashmir.”

“August 5 was a fatal mistake and Modi cannot back down now. He did this because he got a big mandate in the elections He campaigned against Pakistan and brought the Hindutva philosophy and teach a lesson to Pakistan,” the Pakistan premier said.

PM Imran continued, “He [Modi] brought RSS’s philosophy up. RSS is an organisation inspired by Hitler and Nazis. The RSS admires Aryan race theory and the RSS founding father have lauded the Nazi’s in their books. They used to think they could ethnically cleanse Muslims.”

“Before India’s move in August last year, this was all hidden. For the first time, we told the world the RSS philosophy in UNGA. I had promised you that I will become a messenger of Kashmir I put forward before the world of RSS philosophy and what was happening.”
“Wherever I went and the forum I went to, I told them what was happening in Kashmir. At UNGA, at the refugee conference in Geneva, I raised the issue of Kashmir.”

The prime minister further said that the RSS ideology is a threat to India as well. “This philosophy would have worked had there been a minority. But those affected by the philosophy are 20 crore Muslims. Whenever you build a philosophy on hate it leads to bloodshed.”

“I tell my people not to be disappointed as it is a difficult time, but the Kashmiris are facing a difficult time as well. Our delegations should go to different forums. Modi has unleashed the monster of Hindutva and he cannot go back now. If he goes forward now he will start facing resistance. Hindutva nationalism will affect everyone now,” Khan said.

‘World has started watching Kashmir now’
The premier once again reiterated that Kashmir would become independent now because the world is now watching what is happening in Kashmir properly. “It is now our job to inform the world. I assure you we will speed this up. On every forum we should remind the people that 80 million people are under lockdown.”

He further said “I predict that they will target Kashmir under the garb of Pakistani terrorism. Their aim is to change the demography of Kashmir. They are stuck because the world is watching Kashmir now. They will do a false flag operation like they did in Pulwama or carry out a blast to harm Kashmiris,” he added.

He further called for the AJK Assembly to hold a meeting. “They should then meet us and we can make a committee to take the Kashmir issue to the next level. Our biggest power are our overseas Pakistanis and Kashmiris. We will get the diaspora to reach out to their MPs and inform them about Kashmir.”