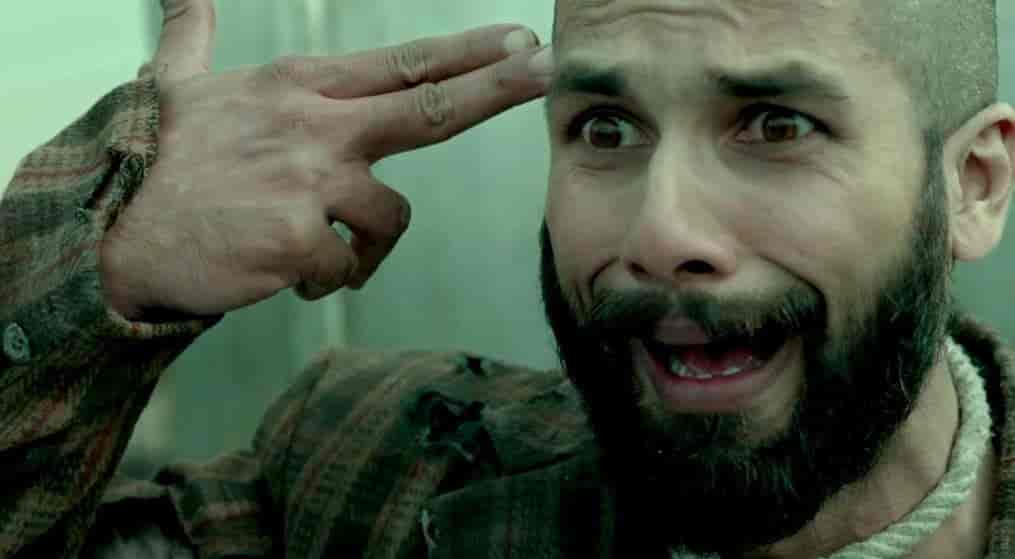 Vishal Bhardwaj’s obsession with the Bard is common knowledge. After the seamless adaptations of Macbeth to the Mumbai underworld and Othello to the crass Uttar Pradesh heartland, Bhardwaj’s muse this time around is Hamlet. Shakespeare continues to fascinate the literary intelligentsia and laymen alike, for his plays are timeless and transcend geographical boundaries. Perhaps there couldn’t have been a more potent backdrop to Hamlet than what we have here – the tumultuous Kashmir of the 1990s. The movie both fascinates and disappoints, though in its entirety it is sure to leave the audience with a lingering feeling of uneasiness and disquietude.

Haider (Shahid Kapoor) returns to Srinagar from Aligarh (his place of study) after he learns that his philanthropic doctor-father has been arrested by the Army on charges of sheltering militants. He comes back only to find his mother Ghazala (Tabu) in the arms of his uncle Khurram (Kay Kay) to find his father, assisted in his quest by his childhood sweetheart and journalist Arshia (Shraddha Kapoor). Those familiar with Hamlet will be quick to spot the resemblances – Haider is Hamlet; Haider’s father Dr. Hilaal Meer is King Hamlet; Ghazala and Khurram mirror Gertrude and Claudius respectively while Arshia is Ophelia. The ghost of King Hamlet is cleverly represented in the form of the mysterious Roohdaar. The main themes of this Shakespearean tragedy are robustly reproduced. The predominant theme is that of revenge as Haider seethes with an irrepressible desire for vengeance; there are subtle undertones of an oedipal complex; the protagonist constantly struggles between action and inaction and dark undercurrents of treachery and adultery serve to exacerbate the crisis. Potent soliloquies, infused with political satire are sure to hold the audience at rapt attention, with the celebrated ‘To be, or not to be’ speech translated directly into Hindi.

In choosing the sensitive topic of insurgency-hit Kashmir as the backdrop for the film, Bhardwaj takes upon himself a daunting task. And this is where he delights as well as dejects the audience. The first half of his narrative bold and courageous; it is quick to bring in AFSPA, half widows, civilian disappearances and the Association of Parents of Disappeared Persons. The inhuman torture meted out in the army camp of Papa 2 (conspicuously named Mama 2 in the film) is portrayed with a raw, brutally realistic intensity that challenges the viewer. The film has to be lauded for introducing these macabre and harrowing aspects of the Kashmiri existence to the Bollywood-disposed mainstream Indian audience.

However, what is disappointing is that Kashmir and its tragedies fade to become a supporting player in the latter half of the narrative, dissolving in the face of the tragedies of the man. As the revenge story gains pace, Kashmir remains a mere backdrop. It is almost as if probing deeper will only open a can of worms that the rest of India is not yet prepared to see. Ultimately, the discourse on ‘inteqaam’ and its key message of ‘revenge breeds revenge’ sounds too didactic and simplistic. For a populace that has lived through the horrors of extra-judicial tortures and killings and denial of fundamental rights of its citizens, can the desire for revenge be written off so easily? Perhaps not.

These loose ends of the narrative are, however, remedied by powerful acting and brilliant cinematography. Shahid has undoubtedly delivered the best performance of his career; Kay Kay Menon is menacing as the wily and conniving Khurram; Irrfan enthrals the audience despite his brief appearance and Shraddha Kapoor, caught between her family and her love for Haider, delivers a moving performance. However, it is Tabu as the vulnerable and vigorous Ghazala who steals the show. Such compelling acting is augmented by stunning cinematography and hauntingly beautiful background score. Whether it is the crimson, amber and rustic tones of autumn or the stark white and black of winter, the ethereal beauty of the land is handsomely captured. The humour is dark and unsettling and the music sublime.

Haider marks a step in the right direction for the Hindi film industry. Hopefully it paves the way for many such endeavours in the future.

A Residue of hope