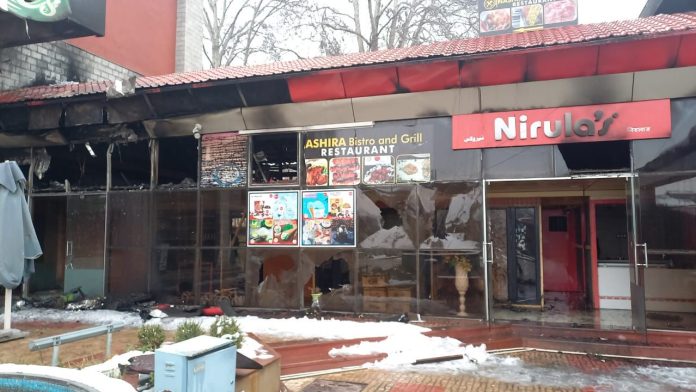 Talking to news agency—Kashmir News Observer (KNO) owner of the restaurant Mr Ashiq said that the cause for the fire is yet to be ascertained but the loss is in lakhs as fire blaze has gutted two stories of the restaurant.

He said soon after the incident fire and emergency reached the spot to douse the flames and saved the rest of nearby shops in the building .