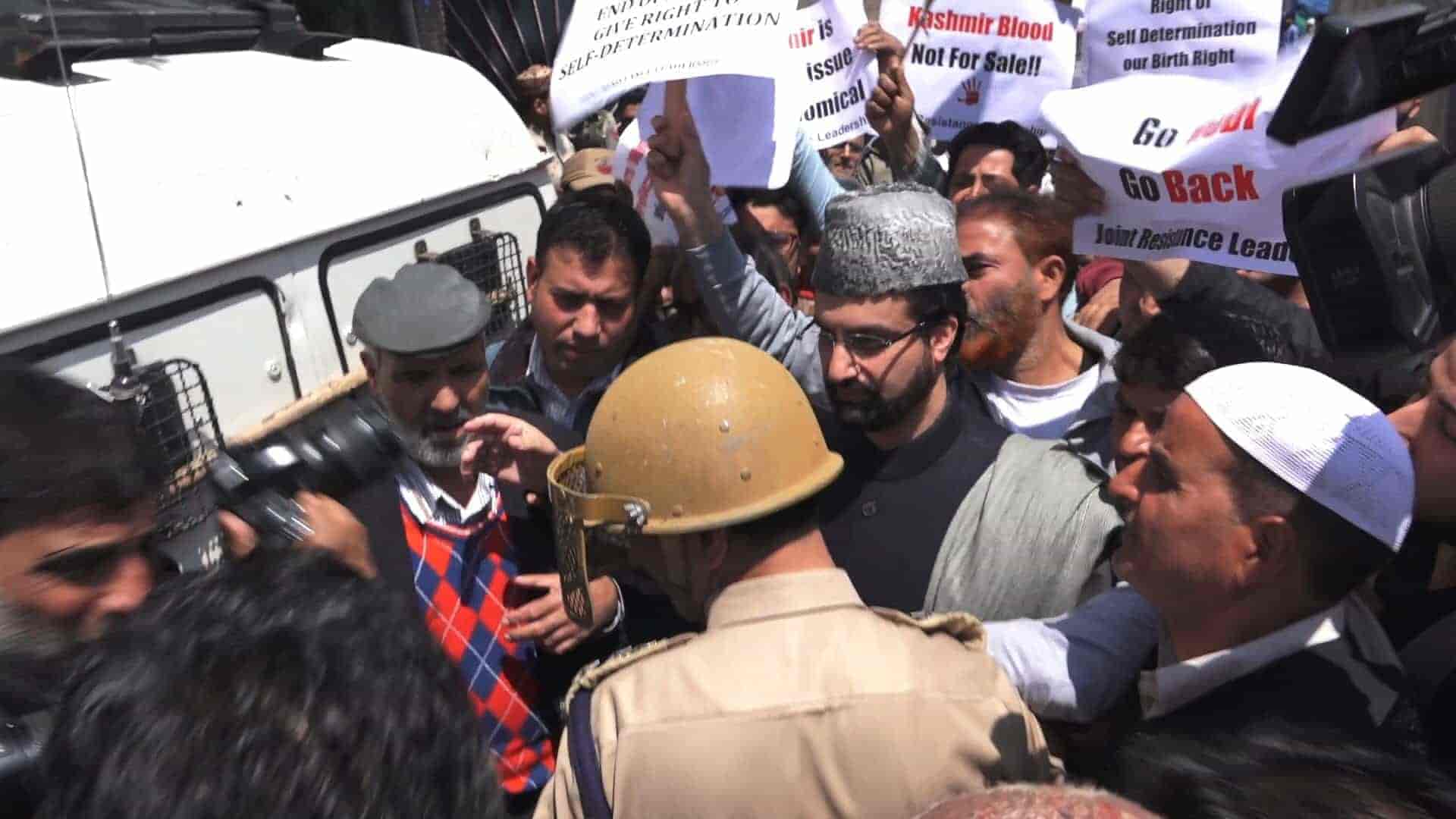 Mirwaiz Umar Farooq, the chairman of Hurriyat (M) was detained on Saturday after he defied house arrest and attempted to march towards Lal Chowk in his Lal Chowk Chalo protest against the visit of the Prime Minister Narendra Modi to the Jammu and Kashmir.

The Hurriyat spokesman in a statement told that a police contingent deployed outside his Nigeen residence detained the Mirwaiz, after he came out. He was later lodged at police station Nigeen.

Jammu Kashmir Liberation Front (JKLF) leaders and activists also assembled on Saturday at Budshah Chowk Maisuma from where they tried to march towards Lal Chowk, as a mark of a protest demonstration against the Prime Minister Narendra Modi’s visit to Kashmir.

On JRL’s call, a complete shutdown is being observed across the valley and curfew-like restrictions have been imposed in various parts of Kashmir including Lal Chowk.