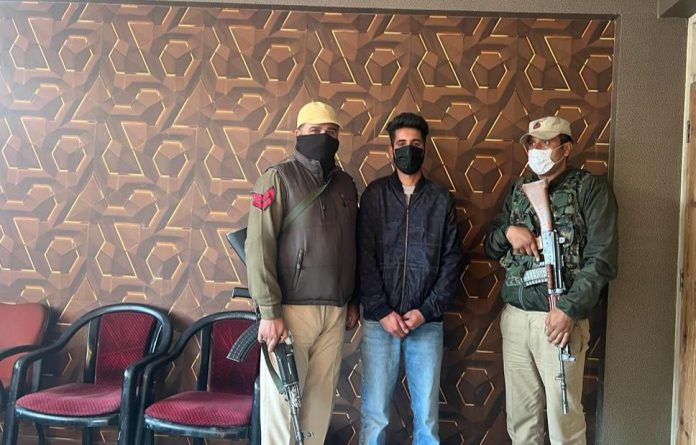 Jammu and Kashmir police on Monday claimed to have arrested a rape accused after multiple raids in Srinagar and said that the accused will be produced in court tomorrow.

According to a statement, a police spokesman said that police station Sadder received a complaint from a lady that her minor daughter has been raped by one accused namely Shahid Ahmad, son of Shabir Ahmad Bhat of Galwanpora Hyderpora.

“To this effect, a case under FIR number 103/22 under sections 3/4 of POCSO act and 363, 376, 506 of IPC was registered in Saddar police station and investigation was set into motion. After hectic efforts and multiple raids the accused was arrested within one hour by a special team led by SHO Sadar, Inspector Mudassir Nazar under supervision of SP south Lakshya Sharma,” police said.

“Further investigation in the case is underway. The accused will be produced in court for further police remand tomorrow,” the statement said. (KNO)