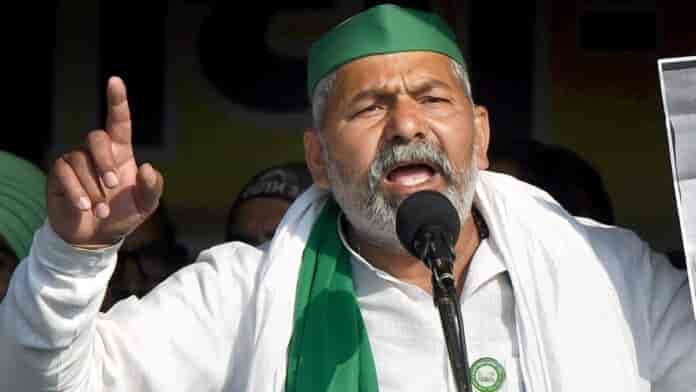 Bharat Kisan Union (BKU) leader Rakesh Tikait has said that killers of farmers should be sent to the same jail where militants of Kashmir are lodged.

Tikait was refering to the arrest of  the arrest of Union minister of state for home Ajay Mishra Teni’s son. Teni’s son is in jail for his involvement in last month’s Lakhimpur Kheri violence in which at least four farmers were killed. “If Teni inaugurates a sugar mill, then the sugarcane of that mill will be sent to the DM’s office.”If militants of Kashmir can come to Agra Jail, then the killer of farmers will also be sent to the same jail,” he was quoted as saying by Hindustan Times.

Tikait further said, “We don’t want to make the Prime Minister of the country weak, but we want him to listen to us. If the PM does not listen to us, then the protest will continue against him.”

“The government must also withdraw cases against the protesting farmers,” he added.

He also said that it took the farmers over a year to make a few people understand that the three agri-related laws were harmful for them.