The Kashmir Walla
Support Us
CultureFilms 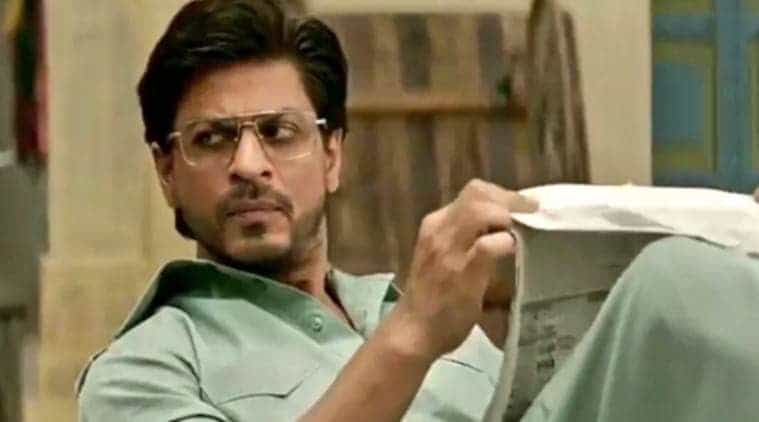 ‘Firing was one sided’: Mehbooba questions legitimacy of Rambagh shootout

I returned from my Republic Day recreation with a phrase from Vivekananda stuck in the murky depths of my mind. Much as I tried, I couldn’t extricate it therefrom. It was, I was sure, one of those dangerous phrases that he spat out in his usual hurry to get the general idea across. I happen to be one of those people who think that he meant well—or at least every time that he said something that I subsequently came to read—I suspect that he simply didn’t care much whether he sounded polite or correct (or politically correct) in the course of his short life: in this he was quite unlike his acquaintance (not friend!) and former faith-brother, Rabindranath Tagore.

Was it “Mussalman brawn and Hindu brain”? “Hindu heart… no! Hindu mind and Muslim body?” Finally I googled it. “Vedanta mind and Muslim body”, it said. Stating without argument that by “Vedanta” he did not mean a religion, and by “body” he did not mean a body-minus-brain(s) or a body sans mind—because there is no such thing, unless you believe in zombies—won’t amount to much, so let us spare ourselves the polemics and cut to the chase. Now, why did I have that phrase stuck inside me? Because it struck me that the tagline of the movie I went to watch—Shahrukh Khan’s new venture Raees—bore a loose resemblance to Vivekananda’s throwaway phrase. The operative phrase (to my ear) was “baniye kā dimāg aur miyān kī daring”. That’s both more polite/clever and more cynical than Vivekananda’s phrasing, and in any case a baniya may or may not be a vedāntin, so the phrases are hardly interchangeable. But suppose that someone with equal parts brains and daring did invent a fictional character that bore a passing resemblance to Vivekananda’s kind of guy: might he look a bit like SRK’s Raees? (And I can’t emphasize enough just how important it is that you do not read “body” and “brain” literally.) By a stroke of uncommon luck, my day job involves teaching philosophy, so I get by not answering questions that I raise.

First off, let me come clean: I have never been an SRK fan, although I did like him in a few of his films. I liked him very much indeed in Chak de India. I went to see Raees because I was intensely curious to see SRK face the camera with kohl-rimmed eyes. Could it be that he had dared to show us a part of ourselves that we choose not to see? What was his game? Had he modelled a Muslim who did not apologize for his identity? And why was he a raees? Was it because he was big-hearted, like Pran-the-fake-Pathan from Zanjeer? Please God, not another stereotypical Moslem. Etc. Clearly, there was only one way to find out. So I paid up the requisite rupees, skipped the national anthem (my preferred act of resistance these days) and crept up to my second-row seat just as Sheeba Chaddha was saying her mother-lines to the Parsi ophthalmologist… who apparently also dispensed cough medicine. Soon our boy-hero was smuggling bottles for Atul Kulkarni’s sheth. And then suddenly it was the night of Muharram. The camera zoomed into a crowd of men whipping themselves and shouting “Ya Hussain!” etc. Cut to SRK’s bare torso, and an exhilarating montage of shots that take in his black shalwar, his set jaw, the fixed look in his surma-drawn eyes, and the knives cutting into his back and sides.

Sorry if I am alienating you with this description. I am not a sucker for showy gore in general, but just watch this and tell me that your hair did not stand on end. It is a tremendous entry: SRK bathed in an aura of the awesome drama and mystery of a symbolic human act. Yes, it is unapologetic and in your face. It is also the closest thing to theatre in the film, because while people whistled and screamed upon clapping eyes on SRK’s torso (yes they did; it’s allowed), their screams were a bit muted: it was as if some of them had died in the throat. Nothing quite prepares one to see a man cut his flesh with grim determination. A sense of uncertainty hung in the air like a veil. It was electric. And the scene is not just a shot or two thrown in for good measure, either. The film itself is about a mātam for less remote actions that also killed innocents—it’s about a prāyashchitta that underscores Raees’s bounty.

The story began to shape up in the leisurely, rambling way of a masala picture, offering various nuggets of satisfaction and inside-jokes. The fight among the red meat stalls of Crawford Market was sheer joy. There I was, sitting alongside (or behind, or ahead of) vegetarians, watching knives hacking into goat meat, the thwack of steel on flesh, bone and chopping-block ringing accusingly in my ear. When, among other things, you are forced into cashless-ness by a combination of Gujarati self-belief and vegetarianism, this sort of thing can take on layers of significance. It caused me to relax. It might even have coloured my vision a bit, for I had to make deliberate effort to concentrate on the masala elements of the movie. Anyway, so Raees began his own dhandhā; “his people” (I shall not reveal who they were; it is more complicated than you think) adored him for his kindnesses. SRK said his movie-star lines. His character romanced and married Mahira Khan’s character and fathered a little boy. Mahira was okay, or at least I didn’t mind her. But the supporting cast was very good, including the actor who played the chief minister of Gujarat. Nawazuddin Siddiqi got a terrific entry of his own: it was worth half the price of the ticket, in my view. Raees and his missus sang and danced on the sands of Morocco and broke into a swirling garba back home. It doesn’t matter if Gujarati Muslims do or do not dance the garba at whim; in the director’s telling of the story, it is perfectly natural for them to do so. Similarly, Raees prayed at a mazaar and walked into a Hindu funeral; happily for the viewer, the camera did not linger an extra second upon the outward trappings of either faith. Under Mr. Dholakia’s helmsmanship, religion was relegated to its proper place in people’s lives, and did not deserve emphasis or footnotes. It felt refreshing and authentic. Nawaz’s character, Inspector Majmudar, got to take a dig at his constable’s seemingly “secular” credentials. The relationship between Raees and Majmudar is one of the best things in the film—adversarial yet human. One wishes that the film were less flabby in the middle (fat chance!), and that one saw more of Majmudar’s pet, Bobby the doggie (pronounced “Bow-bee the dow-ggie”). But there were plenty of other “little pleasures”, such as the shot of two little boys trying to copy Raees’s salaam. There also was intertextuality, as in allusions to films from the 70s and 80s.

Things turn communal, of course, and it does not cross Raees’s mind to follow suit. He simply doesn’t think in terms of us-and-them. Now, it seems to me that it takes something other than “baniya brains” to be that raees. This perhaps is not the best place to recall that the young Raees steals Gandhi’s spectacles off a statue—the udhaar ka najariya—and is asked to return them by the kindly Dr. Sanjanwala, because “yeh chashma Gandhiji pe hi achcha lagta hai.” Perhaps Raees is a baniya in solidarity with the Mahatma, but he is raees independently of the man’s vision. Raees can dispense with Gandhigiri because he is his own man. He is a man of the people, but he isn’t what the people may want him to be. You can’t put him in a box, because he spills out of it. You see sparks in him of the universal humanist that Tagore spoke of. This puts him in a lonely corner indeed, and circumstances outside his control cause him to assent to “Doha-vala kaam” in which not all is as it seems. He is treated very badly by the real villains of the piece, but he overlooks the low “pesky Muslim don” insults levelled at him and judiciously apportions moral blame to those that deserve it. While Kabir Khan, SRK’s character from Chak de, was angry and eventually forced Hindu-majority India to respect him, Raees the bootlegger and murderer seeks to be the man his ammi would have liked him to be. And if you know anything about mothers in Hindi films, then you know which prize is greater.

To SRK, the film offers a well-judged, mature stab at modelling the contemporary Indian Muslim. In fact it does more than that: it offers him a chance to model a religious identity without binding him to it. Thus he is free to create himself as an optimal bundle of admirable attributes. As a twenty-first century Indian, I can’t think of a nicer thing to be… although, if the gods be kind, I shall not also have to be a bootlegger and murderer!

So go meet Raees if your faith in humanity (or the republic) be a little worse for wear. Of course, if you are an SRK fan, you don’t need my recommendation.