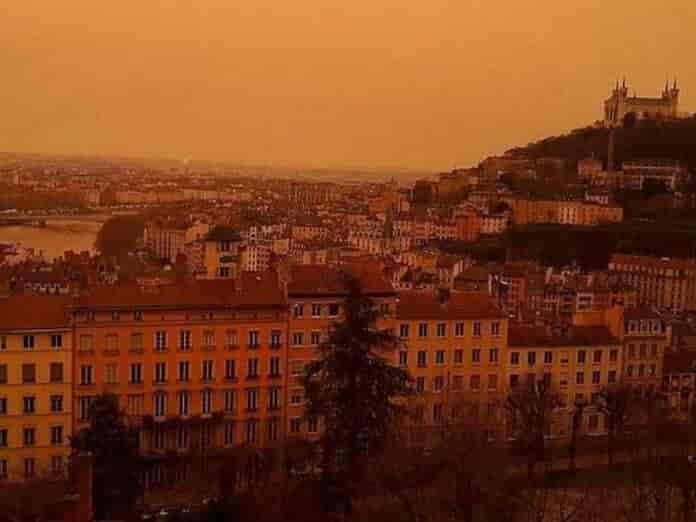 Dust from the Sahara Desert blown north by strong seasonal winds to France did carried abnormal levels of radiation.

Euro News quoting French NGO Acro (Association for Control of Radioactivity in the West), which monitors levels of radiation reported.

Acro said it comes from nuclear tests carried out by France in the Algerian desert at the beginning of the 1960s, when the North African country was a French overseas territory.

It claims a “boomerang” effect has brought back caesium-137, a product of nuclear fission created in nuclear explosions.

Acro said it did tests on recent Saharan dust that it collected in the area of Jura, near the French border with Switzerland.

“Considering homogeneous deposits in a wide area, based on this analytical result, Acro estimates there was 80,000 bq per km2 of caesium-137,” it said in a statement.