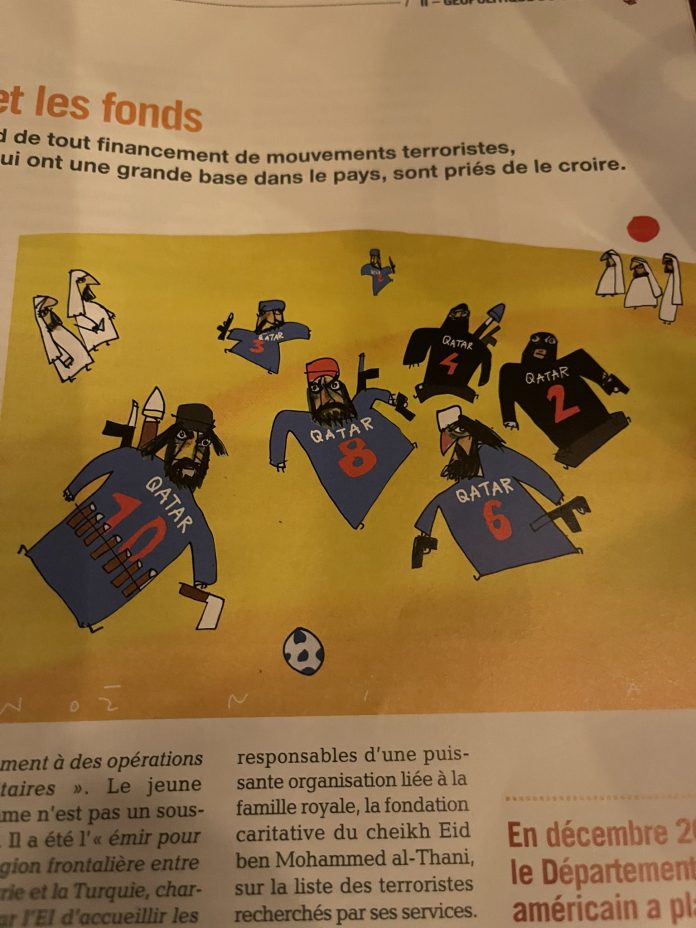 A French cartoon has caused outrage on social media for its “racist and Islamophobic” portrayal of the Qatar national football team ahead of the World Cup set to kick off in Doha later this month, reported Middle East Eye.

Published last month by the French newspaper Le Canard enchaîné, the caricature uses stereotypical depictions of Arab men as long-bearded, angry, masked and carrying all kinds of weapons from machetes and guns to rocket launchers. A player with the famous number 10 shirt was portrayed wearing a suicide vest.

The satirical weekly has been criticised by many Twitter users who suggested the illustrations reflect a racist pattern in western criticism of Arabs and Qataris ahead of the World Cup, namely in the French press.

“France gonna France,” one user said, as per the report.

Among those who flocked to criticise the cartoon was the Qatari minister of state and president of the Qatar National Library, Hamad al-Kawari, who urged the paper to at least show “some sportsmanship”.

“Even harsh satire is welcome!!! But Le Canard enchaîné decided to resort to lies, hatred and resentment to attack Qatar and denigrate it,” al-Kawari said.