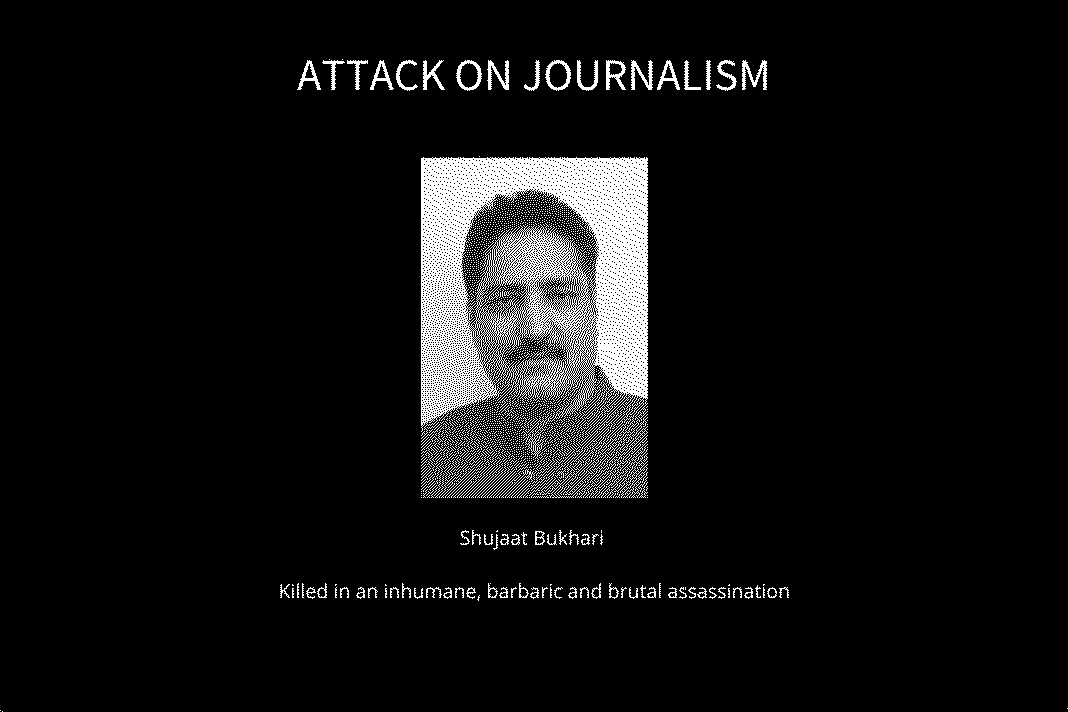 CPJ’s (Committee to Protect Journalists), deputy executive director, Robert Mahoney said that the killing of Shujaat Bukhari will exacerbate the climate of fear in which journalists work in the state of Jammu and Kashmir. He added, “Given the number of unsolved journalist murders and the political turmoil in Kashmir, we are concerned whether the Indian authorities will investigate this murder in a timely and effective manner,”

According to CPJ research, at least six journalists have been murdered with complete impunity in direct retaliation for their work in the state since 1992.

Two police officers, who had been assigned to protect him after an attack in 2000, were also shot, the reports added. All three were rushed to the Shri Maharaja Hari Singh Hospital, where Bukhari and both guards succumbed to their injuries.

SP Vaid, the director general of the Jammu and Kashmir state police, said that Bukhari was killed around 7:30 p.m. by multiple unidentified gunmen who were on a motorcycle, according to a live broadcast on NDTV 24×7 news channel. He also said police were not aware of any recent threats that Bukhari might have received.

In 2006, Bukhari escaped an assassination attempt when his attacker’s gun jammed, CPJ reported. In 1996, Bukhari was abducted and detained by militants in Kashmir for several hours, CPJ documented.