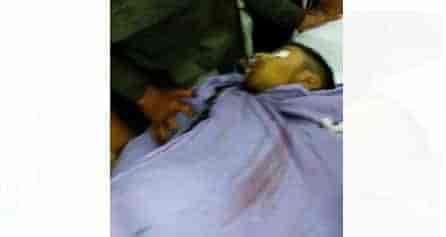 One youth, Viqas Ahmad Rather, was killed and a girl was injured in army firing at Nowpora Payeen in south Kashmir’s Pulwama district.

Officials said that patrolling party of 55 RR pelted by youth at Nowpora Payeen in Pulwama district. Army in order to disperse them fired few rounds which reportedly resulted in the injuries to two youth.

The injured youth was shifted to hospital where he succumbed to his injury.

The deceased youth was identified as Viqas Ahmad Rather son of  Ghulam Qadir Rather, who was hit by a bullet in chest right side.

The injured girl has been identified as Ruqaya Jan daughter of  Mohidin, bullet injury left leg being treated at DH Pulwama.