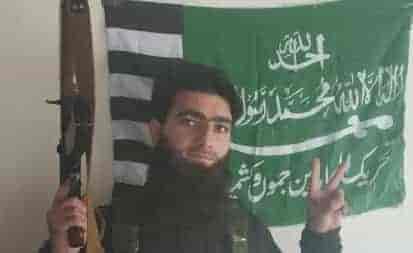 Massive protests erupted in Kashmir University on Thursday against the killing of a militant in a gunfight in south Kashmir’s Pulwama district.

Reports said  that scores of students assembled at the varsity campus in Hazratbal and staged a protest against the killing of Showkat Ahmad Bhat, a resident of Padgampora, Awantipora.

The slain militant was pursuing B. Pharmacy course at the varsity and had joined militancy  on October 2 this year.

The protesting students chanting slogans marched through the varsity campus.

Bhat was killed in an ambush laid by government forces in Dougam Kakapora village of Pulwama district.