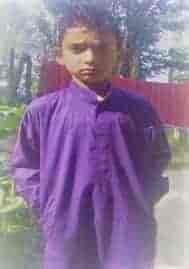 Srinagar: Hundreds of people on Tuesday  took to streets and blocked Kupwara-Tanghdar road at Batergam area demanding  the whereabouts of minor boy who has been missing since yesterday morning.

Reports said that  people are protesting in the area while appealing police to speed up the investigation in order to trace out the  eight -year-old boy.

Missing report has been lodged in this regard in P/S Kupwara.

According to reports the protesters meanwhile alleged that the authorities deployed forces in the area to clear the blockade in wake of some former ministers visit through the area.