Protest programme will continue despite deferment of hearing of 35A, says JRL 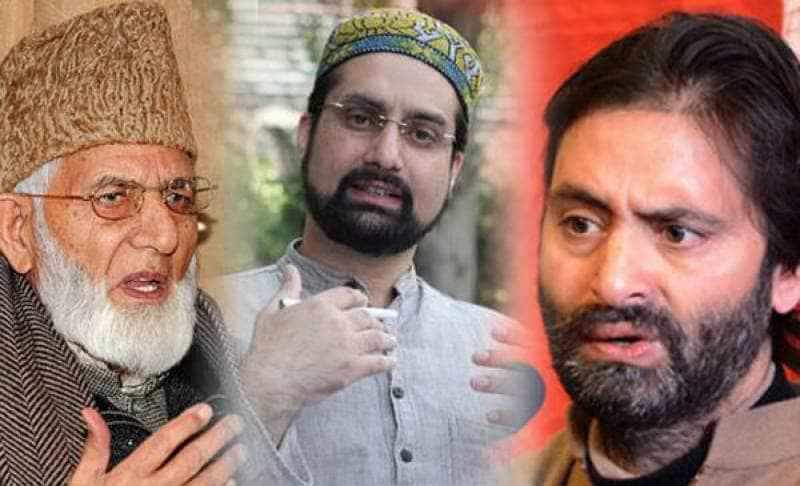 The Joint Resistance Leadership on Monday said  the protest programs against tinkering with the article 35A  will continue despite the deferment in hearing of the petitions.

JRL  comprising Syed Ali Geelani, Mirwaiz Umar Farooq and Mohammad Yasin Malik said that deferment of the case by a few weeks is an indication about the intentions of the court which entertained these mischievous petitions backed by the RSS, as part of RSS’s well known agenda on J&K.

JRL said that a strict vigil will be maintained on the situation as they will continue to devise and follow a collective strategy in consultation with all segments of society including trader’s lawyer’s civil society members, transporters and others.

JRL lauded the people of J&K from all regions and religions for their unity and exemplary courage in defending this law, ” this law is directly linked to the disputed status of the entire state of J&K as people of the state are yet to exercise their right to self- determination guaranteed by the UN to decide their permanent dispensation as a nation,” JRL stated.

“ The mischievous move to remove this provision, is clearly aimed at undoing that possibility by changing the demographic nature of the state and settling non-residents here and hence undermining the conflict and its resolution,” JRL said.

Adding that  people of J&K in unison have send a clear message to New Delhi that they will never allow these design against them to succeed.

“One by one these conditions are being flaunted and flayed by successive Governments in India, while these pro India parties become willing collaborators and partners in crime in all this all for the sake of power, till things have come to such a pass , that now our very survival as a people is under serious threat and we all have to come on roads and be ready to spill blood to save it,” JRL said.

“People and we want to know that Is this the vision that the leaders of these pro India parties had for the people of J&K, that we are witnessing in Kashmir today? Is it for this that these parties compromised all along and the people of Kashmir paid dearly all along and continue to pay?” JRL asked.

“Their lust for power coupled with their inabilities, has today brought us face to face with such a crisis in the making, where each citizen of the state is now forced to come out on streets and defend it with his life.” JRL added. (with inputs from CNS)