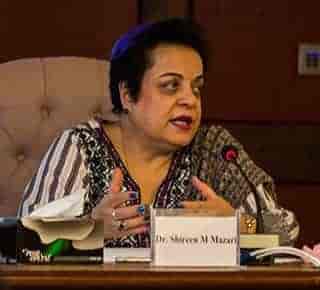 Federal Minister for Human Rights in Pakistan Dr Shireen Mazari has said, the previous governments of Pakistan had failed to act proactively on Kashmir issue, The Nation reported.

Addressing a one day International Conference on UN Report on Human Rights Violations in Indian  administered Kashmir in Islamabad,  “The UN report about the Indian ‘atrocities’ in Jammu and Kashmir has once again highlighted the issue at international level.” Mazari said

She said Pakistan’s legitimacy in Kashmir conflict is based on UN resolutions, “We should not deviate from UN resolutions. ” She added

Earlier in her address, Ms Janne Teller, former Conflict Adviser, UN highlighted the UN General Assembly’s resolution, calling for referendum in Kashmir to determine the future of their governance.

In June United Nation produced a report named ‘Report on the Situation of Human Rights in Kashmir’ analysing the situation from June 2016- April 2018. Giving recommendations to the authorities of India, OHCHR asked them to ‘fully respect India’s international human rights law obligations in Indian-administered Kashmir,’ and ‘respect the right to self-determination of Kashmiri people.’

In this report, the office of the United Nations High Commissioner for Human Rights explored the various topics including pellet gun usage, lack of justice and excessive usage of force.

The reports also talked about the ‘enforced disappearance and sexual violence’ in the valley.