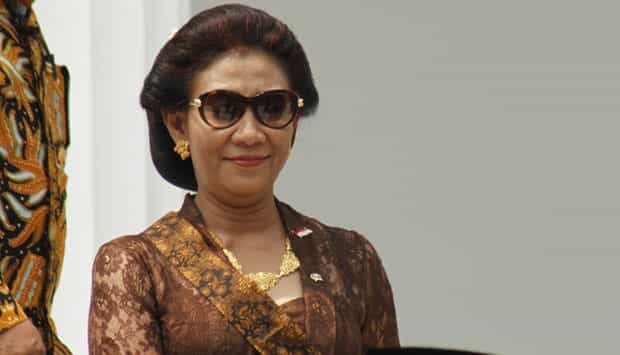 Jokowi Widodo was sworn in as president of the world’s third-largest democracy, Indonesia, on October 20 amid an atmosphere of high hopes amongst supporters, winning a narrow victory over former Military Prabowo in July. The Jokowi Presidency marks the first time a member outside of the political and military elite has been elected as President and his campaign promised a government who would represent hope and change.

Jokowi announced his Cabinet line-up on Sunday October 26. After delaying the announcement for three days, speculation arose that Jokowi was wrangling with leaders in his coalition who were insisting on nominating problematic candidates.

There has been a level of disappointment expressed by some observers and analysts with what some see as political compromises in the final Cabinet line-up. Aspinal, a Professor of Politics at the Australian National University argued that Jokowi has “failed his first test” at promoting a truly reformist government stating that, while it is “possible that some of the ministers will emerge as strong reformers […] at first glance, this cabinet is far from being the fresh start that Jokowi promised”. Connelly from the Lowy Institute claims there are signs of “both of principle and compromise” in the appointments.

In a move that has drawn wide praise however, Jokowi has appointed eight female ministers to his cabinet, including the first female foreign minister in Indonesia, career diplomat Retno Marsudi.

Professor Yohana S. Yambise who became the first woman from Papua to become a professor, now represents the first Papuan woman to become a minister. She has been appointed to the position of Women’s Empowerment and Child Protection.

One of the female appointees to the Cabinet who has been the subject of much discussion in Indonesia is Susi Pudjiastuti‎. With an incredible real rags-to-riches story that rivals even Jokowi’s, Pudjiastuti’s career began in the fish markets of Pangandaran West Java where she began work as a high-school dropout. Opening her business with a start-up capital of only $75 USD, Pudjiastuti’s business continued to grow, and in 1996 she set up a fish processing plant. As the fish processing business expanding into Asia and America, Susi created an air transportation company that quickly became one of the largest export companies in Indonesia. Pudjiastuti is the Minister of Marine and Fisheries.

The appointment of these women, amongst several others, represents a great opportunity for Indonesia to bridge the gender divide in representative politics. Particularly given the non-elite background of the selectees. While these appointments indicate positive change for Indonesia, several studies indicate that there generally needs to be at least 30 per cent women for them to have the confidence to support one another and to support issues important to women [1]. However, this 25 per cent is very pretty close to that 30 per cent and these female representatives have a much better chance of getting things done than most governments in the world. Particularly those represented by Indonesia’s closest Southern neighbor, Australia, who only has one female Minister in parliament.

Despite disappointment expressed by observers and analysts at the purported lack of reform-oriented Ministers in the newly announced Indonesian cabinet, the line-up of women represents a real change for Indonesia. With Indonesia’s thriving civil society, these new ministers however will now not only have to face the challenges of managing their own portfolios, but also must face Indonesian society and media which are now highly engaged and empowered and who will utilize the many channels available in civil to voice their opinions and demands of their decision-makers.