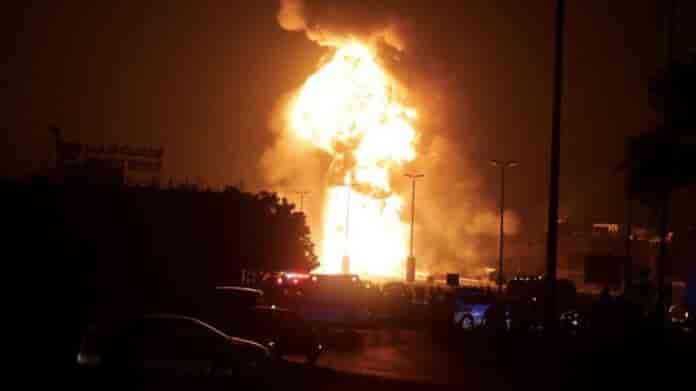 An explosion on the Arab Gas Pipeline has caused a power blackout in Syria and initial indications point to an attack, the energy minister told state-run television on Monday, reported Reuters.

The Ikhbariya TV channel showed footage of a large fire following the explosion, which officials told state media occurred between the Syrian towns of Ad Dumayr and Adra, northwest of the capital of Damascus. “Initial indications are this was a terrorist attack,” Minister of Petroleum and Mineral Resources Ali Ghanem told Ikhbariya, adding that the pipeline feeds power stations in the south. He said technical teams were already on the ground.

A resident in the center of Damascus who asked to remain anonymous said “the whole city just went dark” and she could see the glow of a fire near the international airport and hear heavy machinegun fire.

In 2013, much of Syria was hit by a power cut after rebel shelling hit a gas pipeline during the country’s civil war. The Arab Gas Pipeline system extends from Egypt into Jordan and Syria.