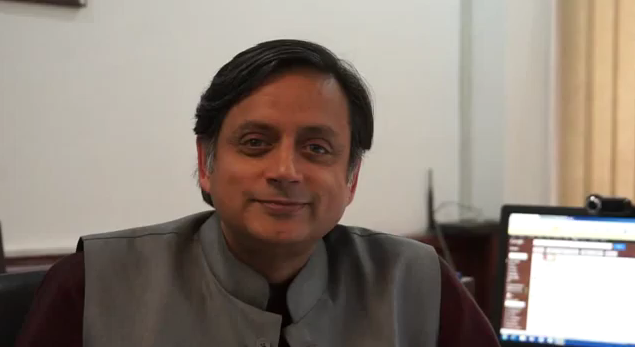 During my initial days in journalism an editor of one of the Urdu dailies shared an anecdote that I fondly remember, even after a gap of 12 years. Initially, the conversation revolved around discussing the happy-go-lucky page designers, some of whom are casual while taking forward ‘carries’ from the front page to the other pages.

In Urdu, the ‘carry’ is referred to as ‘baqia’.

I’m sure most of the readers are aware of this. After reading a particular story on the front page the remaining part is usually carried forward onto the other pages, as ‘baqia safah paanch par’ in Urdu and ‘continued on page 5’ in English.

Continuing, the editor said he seldom cared about the missing ‘carries’ because hardly any reader or ‘qari’ cared. ‘Layout designers enjoyed being casual and lazy and I did not pay much heed’, he remarked.

But one day everything changed.

On a dull weekend, the said editor had decided to visit his home in a far-off hamlet with an aim to enjoy some privacy and rest too.

However, the landline phones in his newspaper office in capital Srinagar kept ringing non-stop. Colleagues in the office could not decide how to respond to the crisis. The crisis was a result of a ‘missing carry’.

‘How on earth have you missed the ‘baqia’ of this story’?

‘Which story’, the colleagues at the office would politely ask the complainants.

‘Let us speak to your editor’, they would insist.

Worried that the reputation of the newspaper might be at stake, the office colleagues obviously tried to get in touch with their editor.

There were no mobile phones then. No Gmail. No Facebook. No Twitter. No Whatsapp. Not even SMS text messages.

Somehow, the contact with the editor could be established through a landline phone in his village. He was informed about the ever-ringing telephone calls regarding the ‘baqia’ of a story.

The editor had to cut short his visit. He forgot about relaxing on a weekend. The poor fellow had no choice. He came rushing back to his office.

As he steps in, the landline telephones ring again.

‘I’m the editor. Please tell me what has happened’, the editor said to the callers.

‘Where is the ‘baqia’ of the front page story’, they would demand.

‘Which story’, the editor asked.

This was the story the sensitive-gentle-and-calm readers of an Urdu daily were interested in. They wouldn’t care about the ‘pehla’ of real important stories, but here they were crazy about the ‘baqia’ of a ‘masala’ story.

Crime sells. So does masala and unusual stuff.

That clichéd expression ‘if a dog bites a man it is no news. But if a man bites a dog it is news’ is often quoted to justify such readership tastes.

In the above anecdote backdrop, remind yourself of the grapevine about Omar Abdullah’s alleged affair with a New Delhi-based television host, and Mufti Mohammad Sayeed’s alleged ‘romance’ with alcoholic beverage whiskey.

And the latest are Shashi Tharoor-Mehr Tarar and Hollande-Gayet episodes.

French President Francois Hollande is in the news for all the wrongs reasons. He is accused of having an affair with the actress Julie Gayet. Revelations of this alleged affair were published in Closer magazine. There isn’t as much tradition of intruding into one’s private life of renowned people in France as is widespread in the United States, United Kingdom or even in India and Pakistan.

The latest in India and Pakistan is the alleged love triangle battle which was entertainingly and exclusively fought on Twitter turf. The alleged love-triangle story involving Shashi Tharoor, his wife Sunanda Pushkar, and alleged girlfriend in attractive Pakistani journalist Mehar Tarar is selling like hotcakes.

Pushkar allegedly found on Tharoor’s mobile some highly romantic messages from Tarar and leaked some of them on Twitter. And then a Pushkar-Tarar battle unleashed. The Twitter duel involving them could be the next play station game for the kids. They fought like kids. Both hurled insult like women do in ‘Saas-Bahu’ soaps on entertainment channels.

Pushkar accused the Pakistani journalist Mehr Tarar of being an “ISI agent”. In her equally curt response, Tarar wrote on Twitter that “the blonde’s aqal (wisdom) is weaker than her grammar and spelling.”

After the accusation game was over a joint statement was issued by Tharoor and Pushkar saying they are “distressed” by the “unauthorized tweets” and “stress” that they are “happily married”. Tarar wished the couple “a happy and long marriage” adding she fears for her life both in India and Pakistan because of being called an ISI agent.

The message which was made public by Pushkar read: “I love you Shashi Tharoor. And I go while in love with you, irrevocably, irreversibly, hamesha, Bleeding, but always your Mehr.”

Their private affair was made public by them only. The thin line between the private and public life was crossed by them alone. They got to pay the cost of that leakage.

That said, I think, as we prefer and deserve privacy in our lives, now their privacy too must be respected unless of course their private life affects other peoples’ lives in a negative manner.

And who can forget the Lewinsky-Clinton scandal that emerged in 1998 and which eventually led to the impeachment of then United States President Bill Clinton? Lewinsky was an intern at the White House. The sex scandal is often referred to as Lewinskygate.  Lewinsky, then a 22-year old White House intern, claimed to have had at least nine sexual encounters with President Clinton from November 1995 to March 1997. Political analysts in America remained divided whether the scandal affected the 2000 US Presidential elections.

Some eight months before we also heard about Italian Prime Minister Silvio Berlusconi’s alleged paying for sex with a minor. Berlusconi is on trial in Milan for having sex with 17-year-old Moroccan belly dancer Karima, also known as “Ruby the heart stealer.”

These are obviously different cases and merit separate treatment. But as journalists we must not lose sight of the fact that it is not part of our job to sit on the judgment seat as moral policemen and deliver verdicts.

For instance, Omar’s inability to govern the militarized region of Jammu and Kashmir in the last five years has nothing to do with his marriage and eventual separation with a Sikh woman Payal. His governance report card should not be judged by what is going on in his personal life.

Similarly, as long as Mufti Sayeed’s alleged affair with whiskey does not affect people and their lives it is unwise to base our argument of dissent against pro-India politician on a private matter.

As a journalist I’m wholly aware that the line between private and public life in relation to eminent and well-known people often gets blurred. As journalists, some of us love the ‘masala’ news and the peppery stuff so to speak. But even then, it is my personal opinion and principled stand not to judge work of the politicians and other well-known people on the basis of what’s going on in their private lives.

But, sadly, the readership across the globe isn’t much different than the one that Urdu daily, readers who went nuts about the missing ‘baqia’!