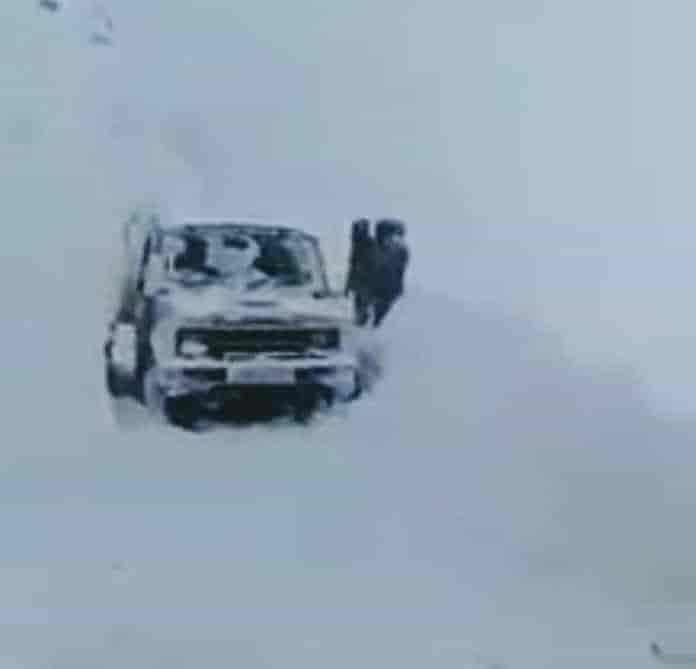 The rescue team was clearing the stranded vehicles at Zojila when snowfall triggered landslides in the area.

Reports said that the episode took place on Wednesday evening when SHO Sonamarg Manzoor Ahmad Mir along with his team were checking if any stranded vehicle was stuck at the ZoJila pass.

While returning from the avalanche-prone area of Zero point Zojila, the team had a narrow escape as avalanches hit the area.

Later, the police team had left their vehicle there and had returned to Sonamarg police station by foot after walking more than 10 Kms.