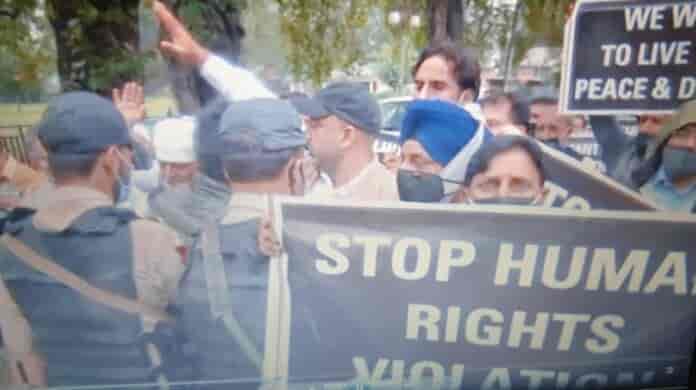 Srinagar : The Jammu and Kashmir police on Thursday stopped peaceful protest of Peoples Democratic Party against “detention of political prisoners, harassment of youth and media gag in the region.”
The police also detained several leaders of the PDP, claimed the political party.