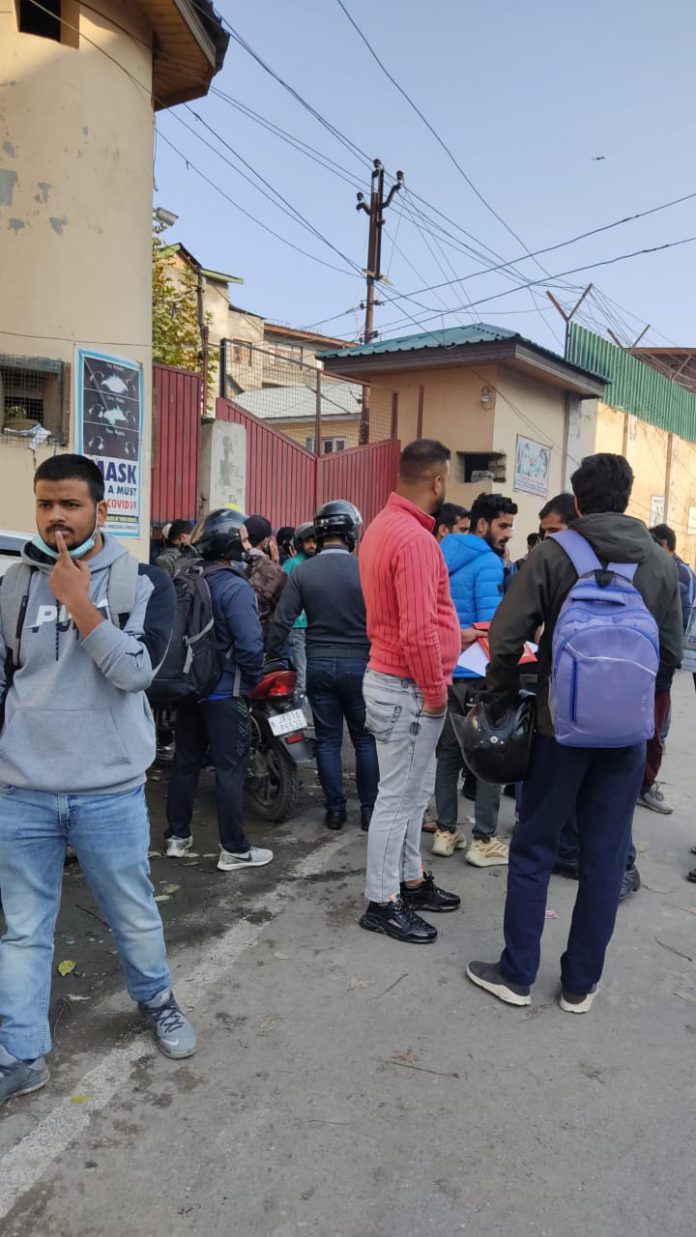 Police in parts of the capital city Srinagar on Monday seized several dozens of bikes for ‘unspecified reasons’ as per the bikers.

The Kashmir Walla received a half dozen calls from people complaining that police station Saheed Gunj in the vicinity of the old secretariat seized their bikes for “no reason”. They said that over 50 bikes have been seized by the police station.

“Police are seizing bikes without specifying any reason,” said Ghulam Qadir Wani, one of the bikers. “Several people are waiting here as their bikes are seized. I work with the service sector, I was carrying some material on my bike, now the material is lying on the ground as my bike has been seized by police.”

Wani added that he had left for work as there was an improvement in the weather but he had been waiting outside the police station now.

Another biker whose “bike was seized” by the Shaheed Gunj police station, told The Kashmir Walla that police “attempted to beat them when they tried to inquire the reason for the seizure of their bikes.”

“They told us to bring bikes inside the police station even though I have all the documents. We are not told about the reason why our bikes were seized,” said Junaid Firdous, who works with a medical agency.

For the past several weeks police intensified frisking of commuters and bikers in the capital city Srinagar as several civilians were killed by suspected militants including a police officer.

The Kashmir Walla tried to reach out to concerned police officials for comment over the issue but nobody was available to make a comment. We will update the story when the police respond.