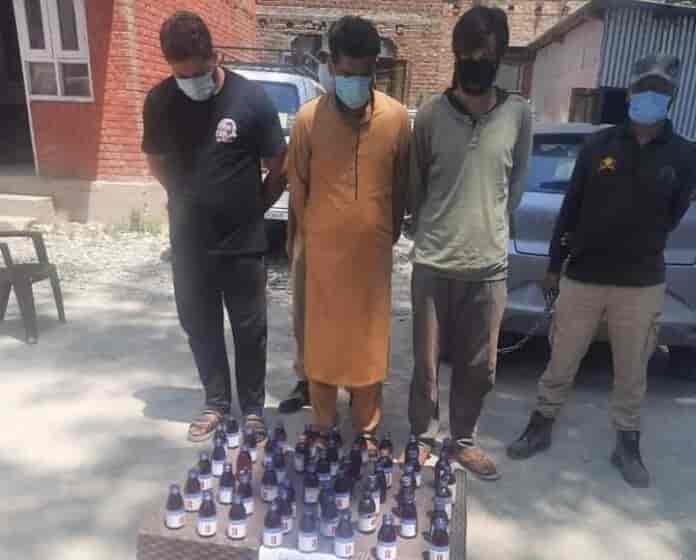 A police official said that during checking at a Naka, police intercepted two persons at Janglat Mandi area of Anantnag who were travelling in a three-wheeler.

During search of the Auto-rickshaw (Chassis Number 0869) 30 codeine phosphate bottles were recovered. Both the accused were booked under NDPS Act.

They have been identified as Mudasir Yaqoob Dar and Shakir Farooq Naikoo of Anantnag.

Pertinently, codeine phosphate cough syrups are being sold to drug addicts who use them as intoxicants. (KNT)