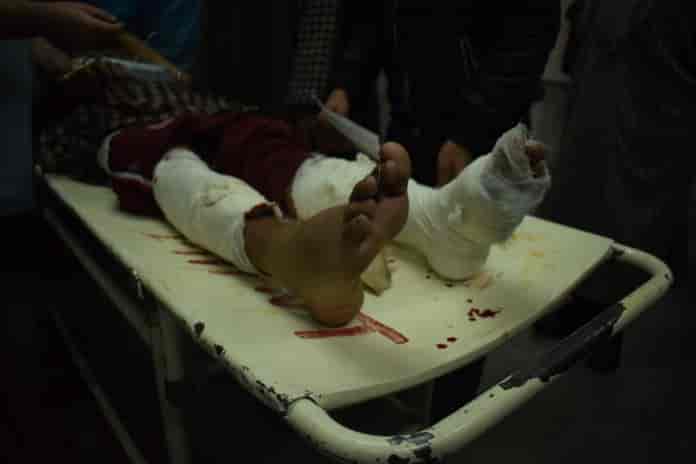 Srinagar: Police on Saturday allegedly filed two FIRs for defying government’s prohibitory orders against members of two families who claim two militants killed in the gunfight with joint team of police and army in Shopian district as their kin.

Sources told that FIRs (No. 65/2020 and 66/2020) under IPC Sections of 188, 269 and 271 were registered as two families had assembled the office of police officers and those from civil administration in the district.

When contacted Senior Superintendent of Police Shopian, Amrit Pal Singh, told: “The FIRs has been registered against those who violated the government orders. Rest investigations are going on,” he said. The two militants were buried in Sheeri Baramulla, notwithstanding claims by two families that the deceased were their kin.

The gunfight at Dairoo Keegam area of southern Shopian district took place nearly a week after Jaish-e-Mohammad militant Sajad Nawab Dar was killed and hundreds of people participated in his funeral at Sopore. Later police registered FIR against people who gathered at the funeral in defiance of a lockdown to contain the novel coronavirus outbreak.

While police said that no family approached them, the two families denied it, saying “not only police, we approached the deputy commissioner Shopian as well.”

The families claim the killed militants were Ashiq Ahmad Magray of Ganavpora and Asif Ahmad Dar of Bungam Shopian. They said both were affiliated with Hizb-ul-Mujahideen.

“As soon we came to know about their killing, we approached police and Deputy Commissioner Shopian. They told us to wait and despite our imploring that not more than six persons amid pandemic will participate in their funerals, they took bodies to Baramulla,” Ghulam Nabi Magray, uncle of Ashiq Ahmad Magray said. Magrey said that he identified his nephew through photographs which went viral on social media soon after the encounter was over.

Rafi Ahmad Dar, brother of Asif Ahmad Dar said he called him early morning said that he was under trap in a cordon. “I shared the message with a concerned police officer,” he said, adding, “The pictures (of the bodies) are clear and we have no doubt they are our kin.”

A police officer told that the slain were unidentified and nobody approached them before the bodies were taken to Sheeri Baramulla, one of the places in Kashmir Valley where foreign militants or those who remain unidentified are normally buried.

Asked if the bodies would be handed over to the families as they claim them to be their kin, the police officer said: “We had already taken their sample (slain militants). If any family claims that they were their kin they have to follow the procedure.” He said once the DNA samples are received, they would be matched with the concerned families. (GNS)