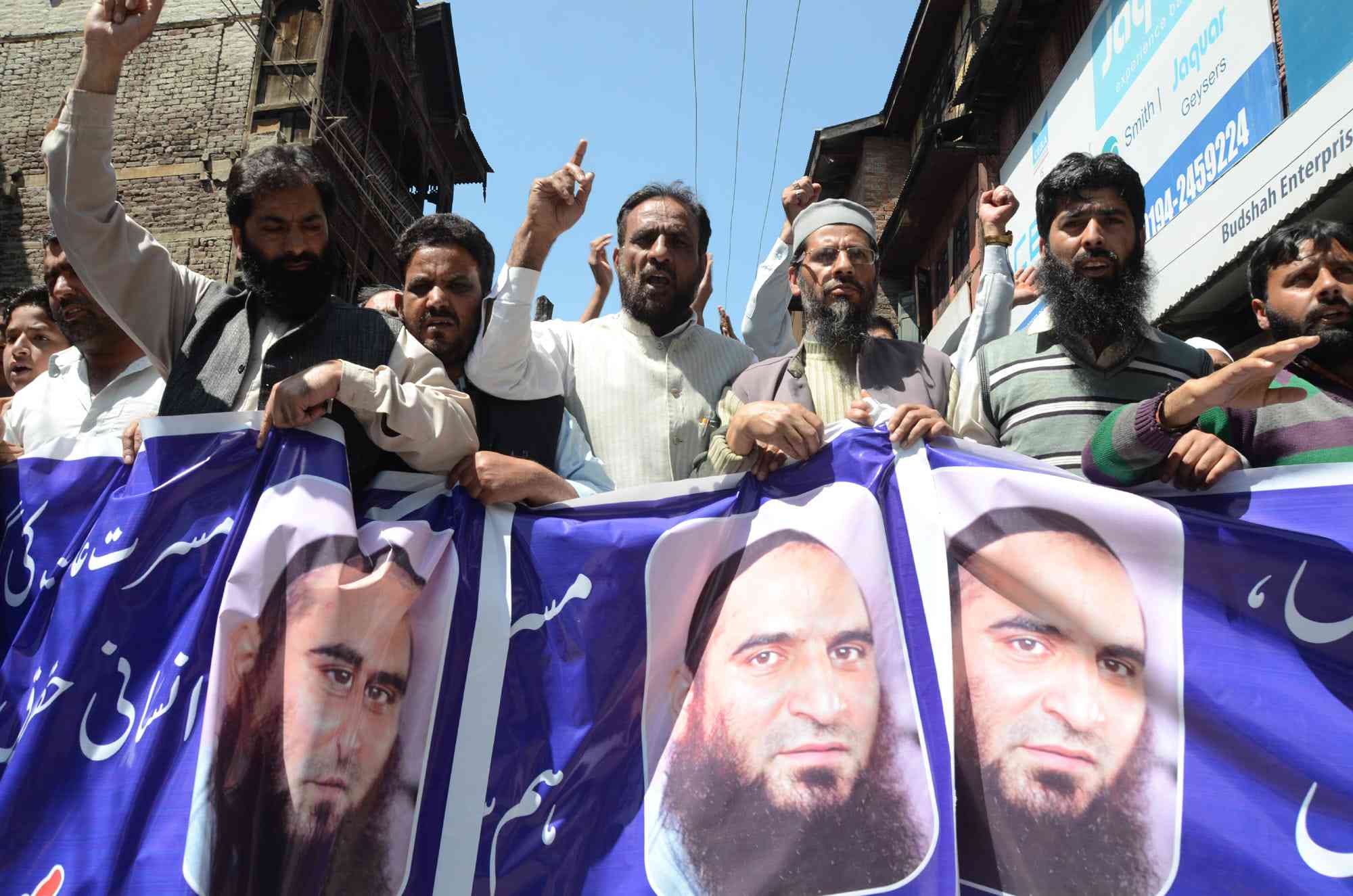 In a bid to foil after Friday prayer protests in Kashmir, police raided the houses of Masarat Alam led Muslim League (ML) activists and detained scores of them while some workers managed to give a slip to police.

Muslim League, spokesperson Muhammad Rafiq Ganaie said that police arrested all but 22 ML activists during the raids and detained them in different police stations across Kashmir.

Earlier, authorities had placed separatist leaders Geelani and other separatists under house arrest ahead of their plan to organize protests after Friday prayers.

But despite the efforts of administration protest marches were taken out in different parts of Kashmir Valley after Friday prayers against the arrest of Masarat Alam.

While the protest were mostly peaceful, stone-pelting incidents were reported from some parts of the city, Sopore and Narbal area’s of North and Central Kashmir.