PM Modi proposes ‘one nation, one uniform for police’ 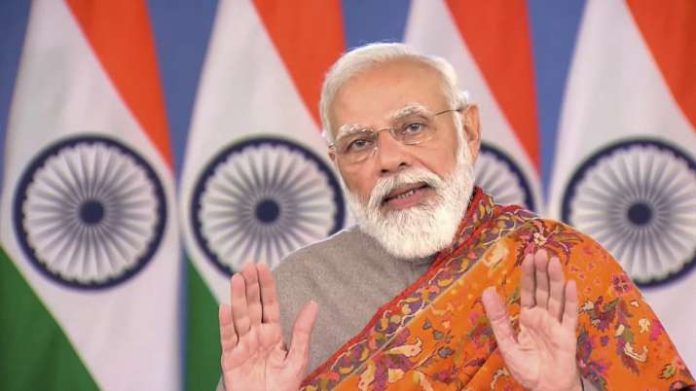 Prime Minister Narendra Modi on Friday proposed the idea of “One Nation, One Uniform” for police, in yet another pitch to have uniformity among various forces, The NDTV reported.

However, he said it was “just an idea” and not an imposition and asked the states to think about it as just a suggestion.

He was addressing a “Chintan Shivir” of Home Ministers and DGPs of states in Faridabad via video conferencing.

Modi said the laws such as UAPA had given an impetus to probe agencies in a decisive fight against terrorism, The Hindu reported.

“The intellectual capacity should be increased to defeat the forces that could destroy the unity of the country by exploiting the emotions of the youth,” Modi said.

Modi also made a call to defeat all forms of Naxalism. “Naxals can be holding guns and also holding pens. They are misleading the youth,” Modi said.

He also seconded Union Home Minister Amit Shah’s call for uniform law and order policy. “Cooperative federalism was not only the feeling of the Constitution but also the responsibility of the states and the Centre,” he added.

The PM said even though law and order is a state subject as per the Constitution, they are equally linked with the unity and integrity of the country.

He said every state should learn, get inspired by each other and work together for internal security.

“Working together by states for internal security is a constitutional mandate as well as responsibility towards the nation,” he said.

He said all agencies – both central as well states – should cooperate with each other to ensure efficiency, better outcomes and protection to the common man

He also urged the state governments to review old laws and amend them to the current context as he batted for coordinated action by all the agencies to meet the emerging challenges of law and order and security.

Referring to the circulation of fake news, PM Modi said fact-checking of fake news is a must and technology plays a big role in this.

“People must be made aware of mechanisms to verify messages before forwarding them,” he said.

The PM said police and intelligence agencies should cooperate with each other to ensure efficiency, better outcomes and protection to the common man.

He said the good old system of generating human intelligence by the police and security agencies should be strengthened for achieving better results.

PM Modi asked the states not to look at the budget while selecting the technology as “investment in today’s technology is a saving in the future”.

Previous articleDriver involved in hit-and-run case in central Kashmir arrested: Police
Next articleStates should have a uniform policy on law and order: HM Amit Shah