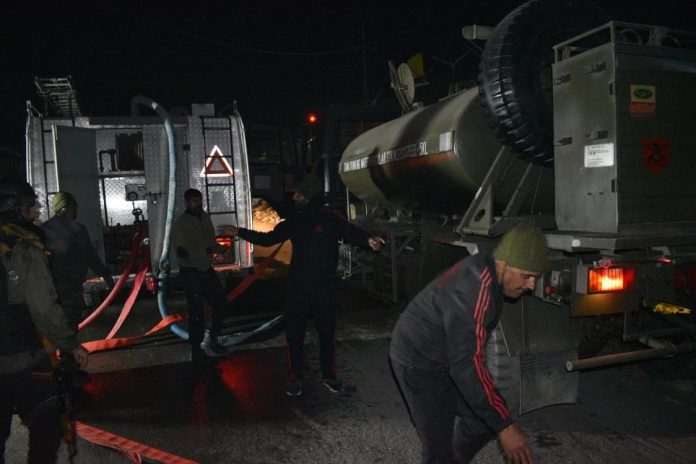 A plastic factory was reduced to ashes in industrial area of SIDCO Lassipora in Pulwama district in a massive fire that broke out on Monday late night.

Reports reaching the news agency—Kashmir News Observer (KNO) said that the fire broke out at the factory namely ‘Stalwart plastics’ on Monday at around 10 PM and engulfed the whole factory.

Officials said that 44 RR headquarter, which is near the factory rushed to the spot to douse the fire, adding that the fire tenders from defence forces were also roped in to douse the flames.

They said that on priority, the civilians were evacuated and then team of Army, police and fire and emergency started operation to control the fire.

They said that the fire was doused after almost two-hour-long operation, adding that no loss of life has been reported while the industry was reduced to ashes while the cause of fire is being ascertained—(KNO)