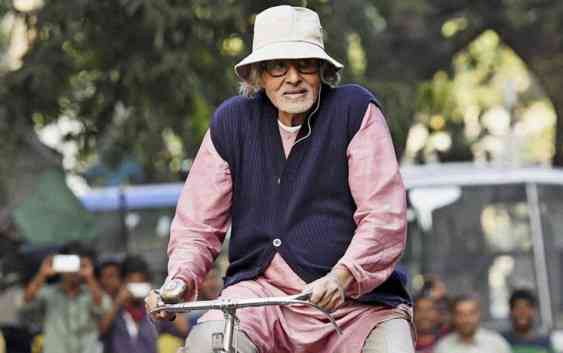 Do films hold up a mirror to society? Do they tell it like it is, or offer a narrative about ourselves that we are pleased to unreflectively accept? Actually, the answer to this is very complicated. Indian films rarely tell it like it is, and quite often we hang on to our filmy fantasies with greater tenacity than to the reality of our lives. So how do we tackle filmmakers who appear to be engaging in social commentary, albeit of the “khatti-meethi” variety? Do we believe them, or do we not? Do we believe them for the most part? And trickiest of all, do we only believe what we want to believe?

I admit that I am somewhat puzzled by both the “message” of Shoojit Sircar’s Piku, and the audience’s response to said message. The message, if I understood it correctly, is that some women these days balance the traditionally feminine duty of caring for ageing parents with career ‘n’ casual sex, while looking out for a permanent settlement—apologies to Cornwallis’ under-secretary—with a sensitive enough man. The message part being that this is okay; in fact, it’s great. Women are so much better off than before. They may still make sacrifices, but they do so because they want to. And we (ought to) accord them respect, for such women are the Rani Lakshmibais of today. As Piku’s friend and grudging admirer Rana reminds us, “Ajkal aisa koi nahin karta”—these days, no one looks after their parents in this way—a sad reason to make a hero of anybody, but let that pass. In contemporary America, firemen who rescue cats out of trees qualify as heroes; this is better by comparison.

In this sense, Sircar’s film adds an agreeable little wrinkle to our self-understanding as a society. The old order is quite recognizable, what’s new are these feisty ladies who know their minds, and are sharp with the men around them. We praise them a lot, because man, do they have it hard. And we let them have their way in the sexual department, especially if doing so doesn’t rock the old boat, and soothes the spinsterly nerves somewhat. It helps that they bring home the rohu fish, too. Two things tend to give the game away: Piku’s otherwise likeable and progressive father making a jibe about her unmarried and childless state (it suits him, as it happens, except when she is being difficult: she is unaccountably on edge for the first half of the film), and the somewhat incomprehensible notion—never stated but strongly implied—that Piku’s “sexual independence” is something given to her. For Piku’s father claims to make all the decisions around the house, and makes it obvious that he’d rather she slept around than married.

Let’s work through this “sexual independence” thing. Freedom from, or freedom to? In Piku’s case, certainly the former. Well, she’s free also to consort with whomever she wants, so long as it isn’t serious, but that’s just more freedom from—from restraints of the traditional sort upon sexual activity. But then we are supposed to go along with the idea that Piku has a mind of her own, and has decided to look for a soulmate. And in this matter, it turns out that our Piku is not especially picky. It appears that she would try any guy, and not just the right sort of guy. She freely avows her “desperation” and is combative about it: “Haan main hoon, toh?” (Yes, I am desperate, so?) She can date a “jerk” if she wants to, and therefore (as Zizek would surely add) she must.

Well! one might retort, who wouldn’t, given that guys are so hard to come by, and the old biological clock is ticking? While I’m sure we are very tolerant of people who make what we might christen Piku’s Choice, I’m not sure that this answers the “should you?” question. Is this really the only way for women to look upon their prospects in life, no matter how comfortable their circumstances?

Is this an overly cynical reading of the film? I honestly don’t think so. The film is oddly self-congratulatory about its depiction of progressive ways of life—witness Piku’s stated “weirdness” and perhaps also the thrice-married mashima—but ends up exalting perfectly traditional values. Certainly, women, as indeed men, seek people to love and take care of them: this is the natural course of things. But there are, in this strange world of ours, those who don’t, and those, often with good reason, who don’t think they should. What bothers me is the valorisation of the normal, which in our context, is defined by the traditional institutions of marriage and family. Piku moans about her father not letting her marry, or so much as asking her what she wants. To put it bluntly, would it have killed Mr. Sircar, or his screenwriter Juhi Chaturvedi, to suggest alternative uses of Piku’s supposed freedom of spirit? It’s pleasant to see Piku tossing a shuttlecock about with her lover/ husband—something hat-ke and childlike about it on our silver screens for sure—but is the picture too domestic, too comfortable to be liberating? What is “weird”, or impossibly arresting about a woman who slips into her ordained social role without as much as a squeak?

It’s not as if Piku’s predicament is unusual, but the feeling that one is supposed to carry home is that she is unusual. Why exactly? There are plenty of Pikus in our country; many more so below Piku’s social class. What makes Piku more interesting or heroic than them? I’m afraid I couldn’t tell, especially since Piku complains quite a bit about her particular burden—makes her seem more “natural”, I suppose, but decidedly less heroic. The Hollywood film As Good as It Gets comes close to Sircar’s yarn; in comparison, however, Piku pales before Helen Hunt’s character—the latter is just more real, and strong, and doesn’t get called Rani Lakshmibai to boot. This is not to deny the peculiar American sentimentality about strong mothers beginning with Nancy Hanks, which is as manifest in that film as elsewhere.

So why did audiences love the film? Is it because, as I suggested earlier, it holds before us a likeable, unproblematic picture of our society? Or is it because it pleases us to be told that the Indian woman has, like the lady in the infamous cigarette advert, come a long way, but not wandered off into the wilderness?