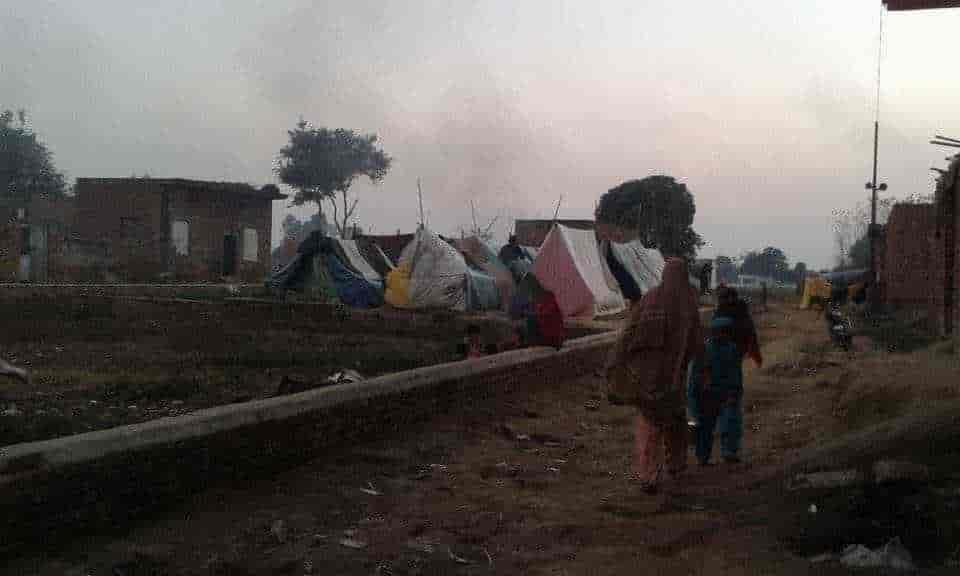 The victims of the Muzaffarnagar riots, in Uttar Pradesh, India between August-September, from Lissad village were evicted from Kandhla camp on January 1. All these people are now living in small groups in obscure corners of the area. The state government’s farce building exercise is visibly successful. People were also evacuated from Idgah, Kandhla camp in Shamli district, now settled on the periphery of the jungles in small groups. Nearly 2500 people were evacuated from Kandhla camp. On speaking to the riot victims, they informed us that they have now shifted their tents to the jungle behind the mosque. Ironically, they are being made to shift under the pretext of ‘protecting them from the cold’. Moreover, a bulk of the people living in this Idgah relief camp are from villages like Bhaju, Nala, Bhora Kala and Lissad. The first three villages also witnessed violence and houses being burnt down but in spite of that, their names aren’t listed in the ‘affected’ villages. In these pictures, small groups of tents can be seen, on the outskirts of the jungle. People have been forced to settle in small groups.