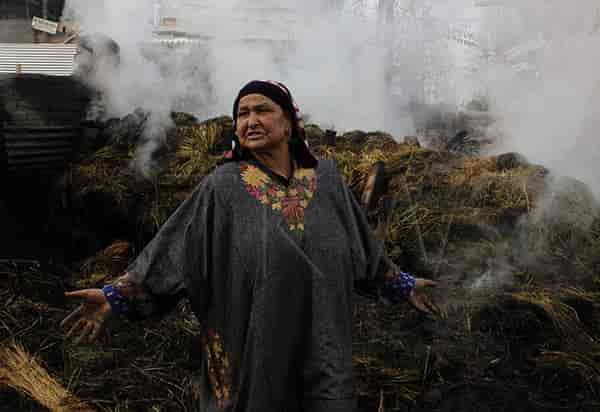 In the series of attacks in Kashmir region in last 12 hours. two rebels were killed by the government forces in an encounter at morning. Twenty one people have been killed today in the four attacks in Uri, Tral, Shopian and Soura. The attacks have been carried out during the ongoing assembly elections in the state and three days before Prime Minister Narendra Modi’s scheduled visit to Srinagar.

Inspector General of Police, Kashmir, Ab Gani Mir told reporters at the spot in Soura that the police had information about the movement of rebels in Srinagar. “We had set up check points in several areas around the city. Two terrorists ran away from a check point on 90 feet road Soura and ran towards the residential houses. Both were killed,” he said. Police has identified one of the militants as Qari Asrar, Lashkar-e-Toiba outfit’s commander.