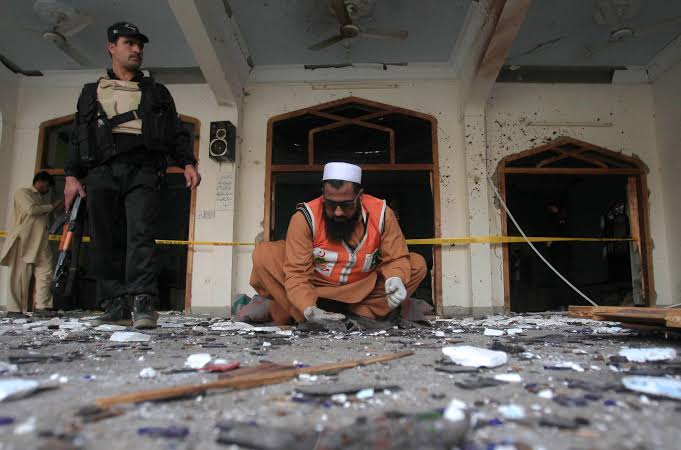 A suicide bombing at a Shi’ite Muslim mosque during Friday prayers in the northwestern Pakistani city of Peshawar killed at least 58 people and injured nearly 200, quoting hospital officials Reuters reported.

Islamic State claimed responsibility for the bombing in a statement, which would make it one of the biggest attacks carried out by the group inside Pakistan.

An armed man who arrived near the mosque on a motorcycle opened fire when he was stopped by police, before forcing his way into a crowded hall and detonating his suicide vest, senior police official Haroon Rasheed said.

The attacker first shot at the police guards at the mosque’s entrance, killing one of them, he said. “The armed man entered the mosque and started firing on the worshippers and finally blew himself up,” Rasheed added.

Previously, police had said they were two men on the motorcycle.

The attack is one of the deadliest in years on Pakistan’s Shi’ite minority, which has long been targeted by Sunni Muslim Islamist militants, including Islamic State and Tehreek-e-Taliban Pakistan (TTP), also known as the Pakistani Taliban.

The Pakistani Taliban distanced themselves from the attack in a message sent to Reuters.

Many of the injured were in critical condition, officials at the nearby Lady Reading Hospital said, updating the previous toll.

Sardar Hussain, who lost three relatives in the blast, said the mosque was the only place of worship for the Shi’ite community in Peshawar’s old city.

Previous articleCause of fire at Bone and Joint hospital being ascertained: Principal GMC
Next articleDriver dies in Kupwara road accident